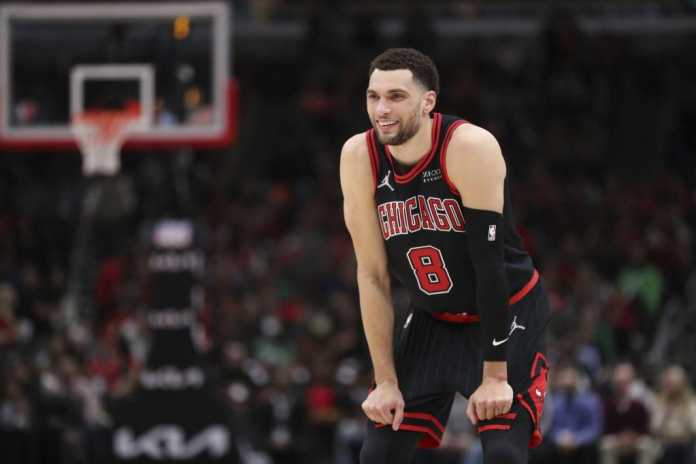 The Chicago Bulls ushered in a new season with heightened expectations during media day Monday at the Advocate Center.

Training camp begins Tuesday in preparation for four preseason games, starting Oct. 4 at home against the New Orleans Pelicans. The season opener is Oct. 19 in Miami with the home opener three days later against the Cleveland Cavaliers.

Here are five things we learned from media day.

1. Zach LaVine is ready for action.

LaVine voiced excitement about returning at full strength after a left knee injury hampered the All-Star shooting guard’s availability throughout the second half of the 2021-22 season. He underwent arthroscopic surgery in May to address lingering swelling and discomfort in the knee.

After struggling with discomfort for months in the spring, LaVine said he now feels pain-free and confident in his physical abilities following the procedure.

“I feel really good,” he said. “Surgery is surgery, but being able to have a small invasive surgery like that is great. Being able to get back to 100% was all I was looking for, so I feel great going into camp.”

Ball’s lingering knee injury loomed large over media day as the Bulls plan to start the season without their primary playmaker and ballhandler.

LaVine said he speaks regularly with Ball, who is understandably frustrated by his situation as he enters his 10th month sidelined by the injury.

As the Bulls await Ball’s return, coach Billy Donovan will draw from a pool of four guards during training camp to determine the starting point guard to start the season: Goran Dragić, Alex Caruso, Ayo Dosunmu and Coby White.

Each brings his own strengths. Dragić, 36, is the most experienced but unable to play a starter’s load of minutes. Caruso is a competent veteran ballhandler but struggled to stay on the court because of injuries last season. Dosunmu was a reliable backup but sputtered at the end of the season as he hit the rookie wall. White’s on-ball confidence grew throughout last season, but he thrives more as a spot-up shooter than as a primary ballhandler.

Donovan said he doesn’t have a favorite to start entering the preseason.

“I don’t want to sit here and say it’s wide open, but we need to compete,” Donovan said. “I’m more concerned about how groups function and play together more so than just one position. … Who starts, how it goes, the starting job — I’m not really that wrapped up in that right now.”

All eyes are on Williams as the power forward enters his third season in Chicago. Expectations were high for the No. 4 pick in the 2020 draft, but Williams still is finding his footing after injuries decimated his sophomore NBA season.

After feeling “a little overweight” when he returned from a wrist injury in the spring, Williams spent the offseason focused on slimming his body. Although he enters the 2022-23 season at the same weight (215 pounds), Williams said he feels more confident with his visibly lighter build.

Williams will be challenged this season — both by expectations throughout the league and by his teammates and coaches. He spent part of the offseason training in Los Angeles with DeMar DeRozan, who emphasized the importance of growth between a player’s second and third seasons.

A major jump in efficiency and confidence from Williams could serve as the biggest difference maker for the Bulls this season.

“Him being more aggressive is where it starts,” Donovan said. “We need him to take another step as a player and I think he can do that. This was a very, very good summer for his progress going into the season.”

This will be Drummond’s 11th NBA season and Dragić’s 15th. Both have extensive backgrounds facing new teammates such as Caruso and DeRozan.

“I’m excited to be his teammate and not playing against him,” Caruso said of Dragić.

Neither player can single-handedly fix concerns such as perimeter shooting, which plagued the Bulls last season after the All-Star break. But their leadership as supporting players off the bench will be key as the Bulls look to strengthen their rotations.

Caruso’s jersey number carries added weight this season as he honors the life of Bill Russell, the legendary Boston Celtics center and racial justice pioneer who died in July at age 88.

Every NBA jersey will have a No. 6 patch on the right side of the chest this season to honor Russell’s impact on the league and the sport, but Caruso also will wear No. 6 as his own number.

Caruso switched to No. 6 when he joined the Bulls last season from No. 4, which he wore with the Los Angeles Lakers and which is retired in Chicago in honor of Jerry Sloan. Caruso planned to change his number after Russell’s death, but the NBA required him to keep No. 6 for the 2022-23 season because his jersey is among the league’s top 75 sellers.

Caruso said he likely will change numbers next season but hopes to honor Russell this season as he wears his number.

“I want to do nothing but honor him, his legacy and what he stood for,” Caruso said. “He’s a pioneer, a racial advocate for the game of basketball and just all around a great person.”

Biden begins summer vacation with family in South Carolina – The...