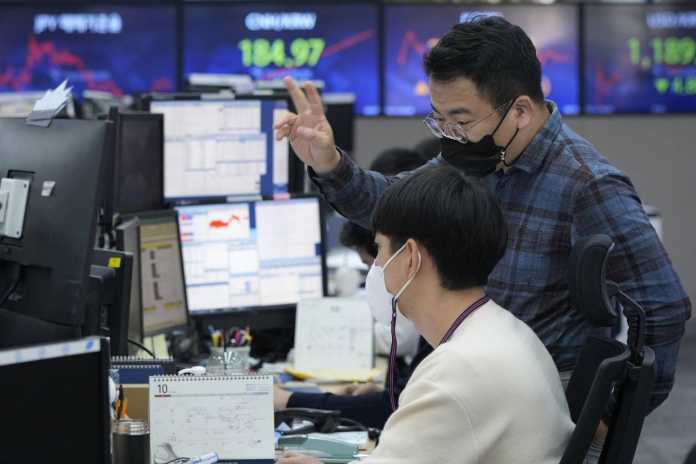 Benchmarks rose in Tokyo, Seoul and Sydney in morning trading. Markets in Hong Kong were closed for a holiday.

The Shanghai Composite index was little changed, at 3,560.14, after the government reported a surge in producer price inflation, which rose to a record 10.7% over a year earlier in September from 9.5% in August.

Much of the increase was due to surging coal prices, which appear not to have fed into consumer prices even as parts of the country contend with power shortages, Capital Economics said in a report. Consumer price inflation slipped to 0.7% from 0.8% in August.

Also Thursday, the Monetary Authority of Singapore raised a benchmark interest rate, citing price pressures. The move to allow the Singapore dollar to appreciate slightly against the U.S. dollar, widening the trading band from 0%, coincided with news that the city-state’s economy grew at a 6.5% annual pace in July-September.

Japan’s benchmark Nikkei 225 added 1.0% in morning trading to 28,425.90 as its new prime minister, Fumio Kishida, prepared to dissolve parliament ahead of an Oct. 31 general election.

Most of the S&P 500′s 11 sectors rose, with technology and communication accounting for a On big share of the gains. A mix of companies that rely on consumer spending also helped lift the market….

Jamaica Plain Library has more to offer than books