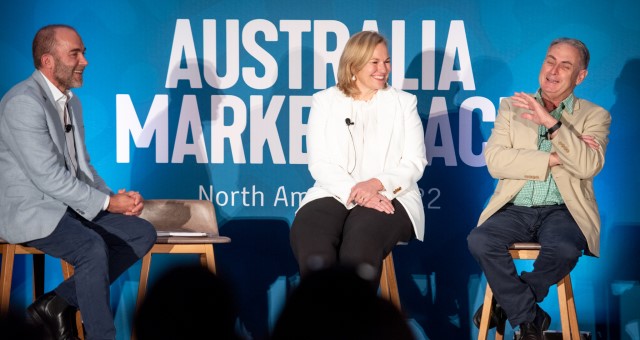 Australian tourism industry leaders met with US travel agencies and tour operators in-person this week to promote Australia as a key tourism destination at Australia Marketplace North America. It was the first time the event has been held in the region since 2019.

Around 200 buyers and sellers were in attendance at the two-day event, which was hosted by Tourism Australia at the Westdrift Hotel Manhattan Beach in Los Angeles from August 7-9.

“It was an opportunity to remind the US and Canada that Australia is open for business and there has never been a better time to ‘Come and Say G’Day’,” said Tourism Australia Regional General Manager for North America, Chris Allison.

“The event attracted key tourism leaders from both the US and Australia and the relationships and future business it will create will be vital for the Australian tourism industry in the future.”

Australia’s Minister for Trade and Tourism, Don Farrell, attended the opening of the event. He highlighted the importance of the US market to Australia and said he looks forward to supporting the recovery of this important industry.

“The US was Australia’s third largest source market for international visitation and the second most valuable for spend, with 818,000 Americans travelling to Australia in 2019 and spending $3.9 billion,” he said.

The Dark Reality of Los Angeles