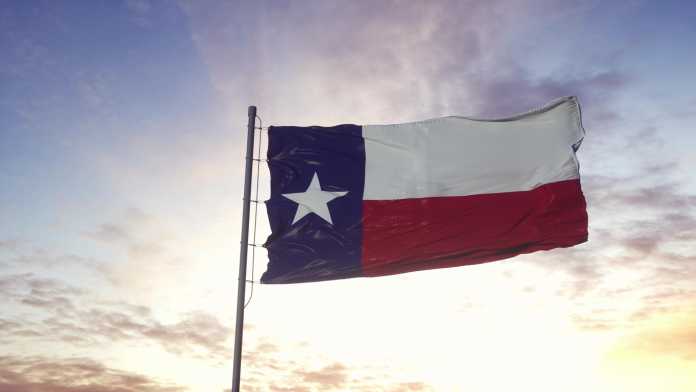 Everything is bigger in Texas – except wages, worker protections, and the right to organize, according to a recent study by Oxfam, an organization dedicated to fighting poverty and injustices.

After analyzing each state’s wage policies, worker protections, and the right to organize, Texas ranked 48th out of 52 (including Washington D.C. and Puerto Rico) in Oxfam’s “Best States to Work Index.”

What does this mean for Latinos, who make up 40.2% of Texas’ population?

Oxfam’s evaluation criteria for this category included the ratio of the state minimum wage to the cost of living for a family of four, based on the MIT Living Wage Calculator.

The worst state for wage policies was South Carolina, which shares the same minimum wage as Texas, but covers just 19.3% of the cost of living.

The best state for this category was Washington, where the minimum wage is $14.49, which covers 38.5% of the cost of living for a family of four.

Texas ranked 45th out of 52 in this category, with an astounding list of reasons why.

What Texas does do:

The worst state in this category was Mississippi. The best state was Oregon, which has a variety of laws aimed to improve compensation and conditions in the workplace.

The Right to Organize

With a score of zero, Texas tied for last place with South Carolina, North Carolina, and Georgia in this category for the following reasons.

What Texas does do:

Fulfilling everything that Texas lacks in the right to organize, Oregon came in first in this category.

What Do These Results Mean for Latinos?

The goal of the study was not just to rank the best and worst states for workers.

“We tracked our state ranking against measures of food insecurity, poverty, and infant mortality, and we found that there is a very strong correlation,” Kaitlyn Henderson, PhD, a senior research advisor at Oxfam, told NPR Austin. “The stronger the labor landscape is at the state level, the less likely there is to be high levels of poverty, food insecurity, and infant mortality.”

Texas Latinos primarily work in construction and extraction; office and administrative support; management, business, and finance; and food preparation and serving-related occupations, according to the Texas Workforce Report. In some of these occupations and under state policies, Texas Latinos may be less likely to be offered paid time off, sick leave, affordable health insurance, a living wage, and a supportive work environment that accommodates for breastfeeding and pregnant workers as well as workers who perform their duties outside in the hot Texas weather.

Additionally, Latinos are massively underpaid in the US, which means fewer opportunities for career and economic growth, including a college education.

These factors, plus systemic racism and discrimination, can contribute to the high levels of poverty, food insecurity, and infant mortality mentioned by Henderson, as well as other inequalities, including access to affordable housing and transportation.

The results of Oxfam’s study can be hard to digest – kind of like when you eat too many bowls of Texas-famous chili.

But Henderson said there’s a lot of room for growth and improvement for policies that can better support Texas workers.

“Change is very possible,” she told NPR Austin. “Small policies make a very big difference, and Texans (should) really advocate for the changes that they wish to see, because it matters.”

Dr. Amelie Ramirez, director of the Institute for Health Promotion Research and Salud! America at UT Health San Antonio, emphasized where Texans should put their efforts to create change for Latinos and all people.

“We must address structural inequities that have been built into governmental laws and policies that perpetuate poverty and health disparities, including a lack of healthcare access, unaffordable housing, and a lack of livable wages,” Ramirez said.

You can help support more equitable Latino communities, too.

Select your county and get a Health Equity Report Card by Salud America! at UT Health San Antonio.

In your report card, you will see maps, data, and gauges to compare health equity issues, including poverty rates, housing, and transportation access to the rest of your state and nation.

You can email your Health Equity Report Card to local leaders to stimulate community change. Use the data in your materials or share on social media to raise awareness of how Latino workers are affected by laws and policies, and what we can do to help.

GET YOUR HEALTH EQUITY REPORT CARD!

‘Last Roll of the Dice’: How a Cancer Clinical Trial Saved...