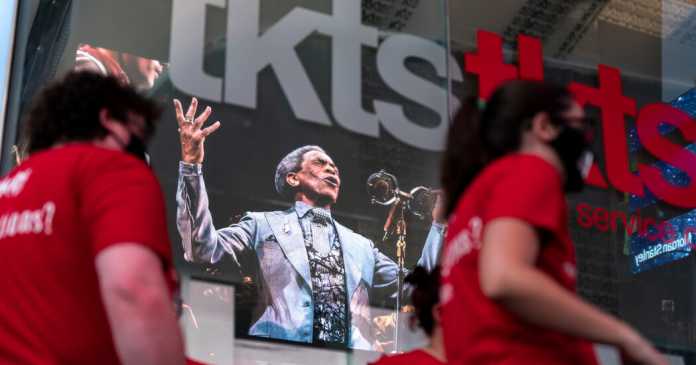 When many readers in Toronto, London, Paris and Hong Kong open their newspapers on Monday, they will be greeted with a full-page advertisement from the Metropolitan Museum of Art in New York.

“We reopened in August 2020, but have been missing one critical thing — you, our international visitors,” the ad will say. “The Met is only The Met when it is being enjoyed daily by visitors from around the world.”

The unusual display — museum officials say they do not believe they have ever run a global marketing campaign of this scope aimed at visitors so far from their Fifth Avenue home — is a signal of the thirst among New York arts institutions for foreign visitors to return. American borders reopened to international tourists this week for the first time since the early months of 2020. Their return represents another milestone in New York’s reopening, and few sectors of the city’s economy are more of a draw to foreign travelers — or lean more heavily on them for revenue — than the arts.

“It’s crucial that we recover this segment,” said Chris Heywood, a vice president for global communications at the city’s tourism agency, NYC & Company. “Arts and culture are going to lead our recovery. That is the backbone.”

Indeed, billions of dollars and many thousands of jobs are at stake. Employment in New York City’s arts, entertainment and recreation sector plummeted by 66 percent from December 2019 to December 2020, according to a state report. Even as things reopen, and workers are hired back, challenges remain: The tourism agency forecasts that visitor spending in 2021 will be about $24 billion, roughly half of what was spent in 2019.

International visitors typically make up about a fifth of the city’s visitors, but they tend to stay longer and spend more than domestic visitors: what they spend accounts for roughly half of all tourism dollars.

On Broadway, tourists from outside the United States comprise about 15 percent of the audience during…