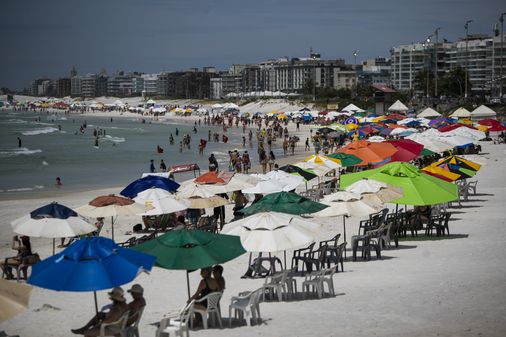 In hundreds of pages of documents obtained by The Associated Press, federal and state police and prosecutors accuse dos Santos of running a sophisticated racket defrauding thousands of small-scale investors who believed they were getting rich off Bitcoin’s steep appreciation. He is now in a Rio jail awaiting trial on charges including racketeering, financial crimes and ordering the murder and attempted murder of two business competitors. He remains under investigation in the attempted murder of a third competitor.

Dos Santos has repeatedly asserted his innocence. His lawyers didn’t reply to AP requests for comment.

Despite the charges, dos Santos represents an unlikely hero to supporters. Many view him as a modest Black man whose unorthodox Bitcoin business made them wealthy by gaming a financial system they believe is rigged by wealthy white elites.

The case also underscores the fast-growing appetite for cryptocurrencies in Brazil, where years of economic and political crises have made digital currencies an attractive shield against depreciation of the Brazilian real and double-digit inflation.

Bitcoin fervor was high in Cabo Frio, the resort town where G.A.S. was based. As G.A.S. revenues rose, enriching early adopters, copycat firms sprang up, seeking to cash in. A wave of cryptocurrency-related violence followed.

With so many alleged pyramid schemes, Cabo Frio came to be known as the “New Egypt.” And as the town’s top dog, dos Santos was dubbed the “Bitcoin Pharaoh.”

Police say dos Santos began trading in Bitcoin in 2014 after leaving his job as a waiter. He enlisted clients from the Universal Church of the Kingdom of God, where he had once trained as a preacher, promising referral fees to those who brought in fresh recruits, authorities say.

In a statement, the Universal Church accused dos Santos of “harassing and recruiting” pastors and their flocks to join his company.

By 2017, dos Santos was making serious money — and attracting…

In US House races, Greene and McBath win; Cuellar in runoff – Boston 25 News