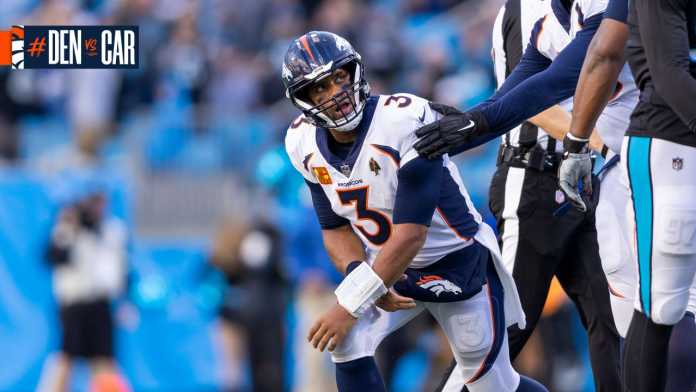 CHARLOTTE — For weeks, the Broncos have suffered agonizing, one-score losses.

Again and again, Denver has been close to success and seen it slip away in the final moments.

That wasn’t the case on Sunday against the Panthers.

Yet while the Broncos’ eighth loss of the season wasn’t particularly close, it was still just as painful.

Denver suffered its largest defeat of the season, as the previously 3-8 Panthers earned a 23-10 win. The Broncos had not trailed by more than 10 points all season, but a third-quarter Carolina touchdown pushed the lead to 14 points — and only a late touchdown pass from Russell Wilson to Brandon Johnson cut the deficit from 20 points to the final margin.

The Broncos leave Charlotte with a 3-8 record, matching their poorest start since the 2019 season. They’ve also lost seven of eight games for the first time since 2017, when Denver suffered an eight-game losing streak and lost nine of 10 contests.

As has been the case for much of the season, the Broncos’ offense struggled to gain momentum. The Broncos had -1 net passing yards until the late stages of the first half, they turned the ball over near the red zone and were 4-of-14 on third down.

Denver finished with just 125 net passing yards and has now failed to score more than 10 points in four of their 11 games this season.

The struggles were particularly evident in the third quarter, as the Broncos ran 12 plays and posted just 24 yards and one first down. Hackett said Denver scripted the opening plays of the second half to try to find more success, and yet they were left without points on all three of their possessions.

But, as Wilson said after the game, the struggles go beyond the third frame.

Colorado doctor offers therapy that can change the brain

Gang Green opens season at home against Baltimore Ravens – The...