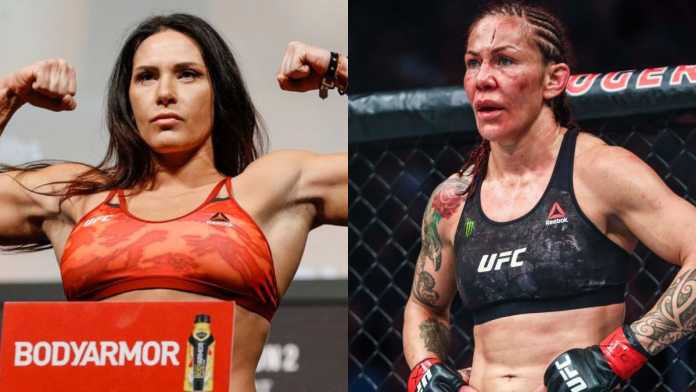 Zingano hasn’t fought since her first-round submission over Olivia Parker at Bellator 256. After an up-and-down tenure in the UFC, she is undefeated through two fights in the Bellator cage.

Zingano is on the rise in the Bellator featherweight division and could face the champion, Justino sooner rather than later. Justino most recently earned a vicious first-round knockout over Sinead Kavanagh at Bellator 271.

While Justino is widely considered to be one of the greatest female MMA fighters of all time, her legacy remains complicated. She’s tested positive for steroids in the past and even had her license suspended in California.

Fighters such as former UFC champion Ronda Rousey have criticized and accused Justino of doping. UFC president Dana White has also had his fair share of harsh comments directed at Justino and her history with performance-enhancing drugs.

Wednesday, Zingano aimed at Justino with the following tweet.

Zingano could be on the verge of a matchup with Cyborg with another win. The two had informally agreed to fight one another next, but now Zingano is alluding to her next matchup being set for the spring and a potential fight with the featherweight champ in the summer.

“I have been told my opponent and that it’s a number one contender match set for March 11,” Zingano said. “That’ll give someone plenty of time to get their shit together enough to fight me by summer.”

Zingano is one of the few Bellator featherweights who hasn’t competed against Justino in the cage. The promotion…

Michael Bisping Open To Joining AEW Pro Wrestling: “Give Me A...