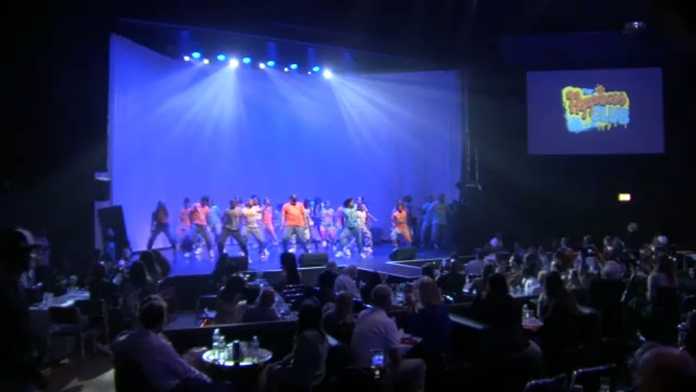 “It’s a family space before anything,” said Sylvia Love.

The Happiness Club, after a three-year pandemic hiatus, hosted its annual benefit featuring original music and choreography by club members.

“We are the only arts and education program [in Chicago] that is specifically catered to kids,” said Tangi Harper, artistic director of The Happiness Club.

It has provided some of the city’s at-risk areas with access to the arts to foster untapped talent, as well as a safe place to nurture artistic and communication skills by providing an artistic to areas, members say, that typically don’t have these resources.

“We keep them busy, we keep them focused, and we give them a pathway which is what’s making them successful,” Harper said.

“They bring you in they make sure you’re comfortable and also learning at the same time. You’re learning, honestly, like dancing skills, singing skills, which are learning how to be a better person,” Love added.

The benefit featured a performance by Happiness Club alumni, Kaina Castillo, The Irving Park native, who is a singer-songwriter, just wrapped up her first headlining tour and second album.

“Getting home and doing this right after that is just full circle and grounding and beautiful,” Castillo said.

“We do talk a lot about the crime, but what you have to recognize is that crime and poverty are bedfellows. You don’t get one without the other. And if you give kids just a glimpse of what life can be, they stay in that direction. It turns people around. I know it did that for me,” Jones said.

“Young people in the city have a lot of talent that they’re not giving the resources to. So I feel like there should be more programs like this,”…