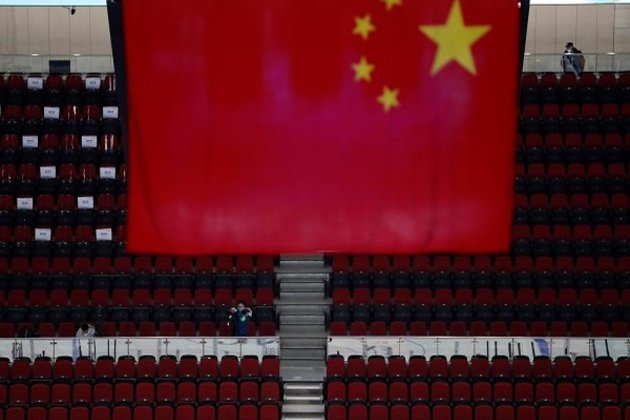 Hong Kong, December 21 (ANI): China collects vast swathes of information from around the world, by fair or foul means, as part of its national intelligence apparatus. Some of this spying is done by individuals and businesses, but a great deal of it is sanctioned by the Chinese government.

Indeed, on 3 November 2021, the Pentagon’s 21st edition of its China Military Power Report contained a whole section on Chinese espionage. Illustrating the sheer volume of Chinese efforts to steal sensitive data or items, in 2020 the FBI opened a China-related counterintelligence case every ten hours on average.

Furthermore, FBI Director Christopher Wray said that, in 2020, the FBI had nearly 5,000 active counterintelligence cases on its books, of which nearly half related to China.

Stunningly, economic espionage cases linked to China have increased by 1,300% in the past decade. The Pentagon also disclosed, “The People’s Republic of China’s [PRC] efforts to acquire sensitive, dual-use or military-grade equipment included radiation-hardened integratedcircuits, monolithic microwave integrated circuits, accelerometers, gyroscopes, naval and marine technologies, syntactic foam trade secrets, space communications, military communication jamming equipment, dynamic random access memory, aviation technologies and anti-submarine warfare.”One example includes the Chinese national Qingshan Li who was sentenced to three years in prison in June 2020 for attempting to send to China an export-controlled radio. Then, in September 2020, another Chinese national pleaded guilty to conspiring to fraudulently exportmaritime raiding craft and engines to China. Such engines can power submersibles launched from a submarine, or dropped into the ocean by aircraft.

Further examples are manifold. On 16 September 2020, the US Department of Justice charged five Chinese hackers with breaching more than 100 companies, think tanks, universities and government agencies around the world.

One of the most recent was Xu Yanjun, a Chinese intelligence officer convicted of plotting to steal secrets from aviation companies. Alan Kohler, FBI Assistant Director, warned, “For those who doubt the real goals of [China], this should be a wakeup call. They are stealingAmerican technology to benefit their economy and military.”Indeed, prosecutions of Chinese nationals and those abetting them have become almost commonplace, but few are as amateurish as Yujing Zhang, the 33-year-old Shanghai business consultant who was arrested at President Donald Trump’s Mar-a-Lago resort in 2019.

China commonly uses or targets overseas Chinese nationals or ethnic Chinese to do its bidding. It might do so through coercion, blackmail or manipulation. For example, it can threaten relatives in China with imprisonment if cooperation is not forthcoming. This is very common amongst the Uighur diaspora, for instance, where more than a million Uighurs are already incarcerated in concentration camps.

It seeks to gain technological advantage from overseas through such measures as its “Thousand Talents Program” that targets ethnic Chinese or recent emigrants. Defense technology is particularly prized by China.

Western countries are slowly cottoning on to the nefarious methods of communist China, but Beijing is still taking advantage of lax regulations. In Italy, for example, it was discovered that two Chinese state firms covertly took control of Italian military drone-maker Alpi Aviation in 2018 via an offshore company. The Italian authorities are now investigating the deal.

Foreign investment, commercial joint ventures, mergers and acquisitions are favored methods by China to glean knowhow, although illicit means are also considered entirely valid. Beijing is interested in areas such as artificial intelligence, robotics, autonomous vehicles, quantuminformation sciences, augmented and virtual reality, financial technology and biotechnology, where the lines between commercial and military use can become somewhat blurred.

The 2015 breach of the US Office of Personnel Management is suspected to have originated in China. It is considered the largest breach of US federal government data ever, with employee records of four million current or former employees, and this would have delivereda goldmine of useful information to China.

China does not only glean or steal data, but it also attempts to shape a positive image of itself through underhand means.

The US Department of Defense noted, “…The PRC conducts influence operations to achieve outcomes favorable to its security and military strategy objectives by targeting cultural institutions, media organizations, business, academic and policy communities of the UnitedStates, other countries and international institutions.

The Chinese Communist Party (CCP) seeks to condition domestic, foreign and multilateral political establishments and public opinion to accept the PRC’s narrative surrounding its priorities such as promulgation of Beijing’s ‘one China principle’, One Belt One Road, the CCP’s political control over Hong Kong, and South China Sea territorial and maritime claims.”It added that Chinese “influence operations are coordinated at a high level and executed by a range of actors, such as the United Front Work Department, the Propaganda Department and the Ministry of State Security”.

Ironically, China’s influence activities typically promote the narrative that it does not interfere in others’ internal affairs. It wages massive campaigns via the internet and social media platforms, especially on such topics asH Kong and Xinjiang. Even the ongoing case of tennis player Peng Shuai illustrates how the CCP attempts to manipulate public opinion.

The Pentagon explained, “In wartime or peacetime, PLA goals for social media influence activities fall into three broad categories: promote a narrative favorable to the PRC, undermine adversary resolve and shape foreign governments’ policies in favor of Beijing’s interests.” Without a doubt, the PLA also uses covert social media accounts to target people of influence, one example being the 2018 Taiwanese elections.

Quite apart from its own spying, China is increasingly a difficult place for foreign powers to conduct their own intelligence activities. Technologies such as facial recognition, gait detection and speech recognition, integrated into software algorithms that have access tomillions of individuals’ profiles, make it almost impossible to evade detection.

Indeed, Shephard Media reported that “former US intelligence officers are warning that human intelligence operations within China will collapse or become non-existent as these systems go online”.

Kania said, “Beijing’s prioritization of these applications of AI technologies reflects an intense concern with counterespionage, which has also been the focus of a range of campaigns and propaganda.” Further, Kania explained that China’s employment of a range of biometrics could be creating a highly contested environment for anyone seeking to operate without detection or identification.

China collects the fingerprints of all foreigners entering China as part of a larger effort by Beijing to strengthen state control over the population and to expand anti-spy campaigns. Even at some Chinese airports, one only need stand in front of an information board for an integrated camera to recognize who you are and then direct you to your gate number for your flight. This is Orwellian China.

Furthermore, such databases that can rapidly identify individuals are not just found in China. Chinese companies such as Poly Technology, Hikvision and Yitu Technology offer data collection software that can be sold to foreign countries. Yitu products have been used at events such as the G20 Summit, BRICS Summit and Boao Forum for Asia, for example.

Given China’s draconian control over every Chinese business operations, it is likely that such data can find its way back to China. This means there is nowhere to hide, as China can track millions of people digitally. Even signing up for a Confucius Institute course to learn Mandarin will get you into the database with biometric and personal details.

The CIA’s operations in China were severely damaged by Jerry Chun Shing Lee, who was arrested by the FBI and sentenced in 2019. Until 2007, Lee was a CIA officer based in Hong Kong that handled Chinese agents. He was accused of identifying scores of CIA sources, withChina rolling up a network of American informants from 2010-12.

Then, in 2017, Kevin Mallory was arrested by the FBI after allegedly meeting Chinese intelligence operatives in Shanghai. Mallory had served in China and Taiwan as a special agent in the State Department’s Diplomatic Security Service with a “top secret” clearance. He was sentenced to 20 years in prison in 2019. Another arrested was former US intelligence officer Ron Rockwell Hansen who was sentenced in 2019 to ten years.

Unsurprisingly, a lot of China’s intelligence efforts are aimed squarely at Taiwan, a nation that the People’s Liberation Army (PLA) threatens with ongoing aircraft flybys and naval circumnavigations.

Another arm of that threat is through espionage. Reuters recently published a story about Xie Xizhang, who posed as a Hong Kong businessman as he routinely visited Taiwan over a 20-year period to recruit spies for China. His converts included retired Taiwanese navy officer Chang Pei-ning and other military commanders. They were lured by such things as expenses-paid trips abroad, cash payments and gifts. The ensnarement often began with small gifts such as meals and drinks.

Taiwan counterintelligence officers moved against Xie in June 2019, but China’s espionage successes even reached into the security detail of President Tsai Ing-wen. A retired presidential security officer and a serving military police lieutenant colonel both had their convictions upheld earlier this year; they had leaked sensitive information about Tsai’s security to Chinese intelligence.

In the past decade, at least 21 serving or retired Taiwanese officers ranked captain or above have been convicted of spying for China. At least nine others are on trial or being investigated, including a retired major general and three retired colonels from the Military Intelligence Bureau who allegedly recruited spies for China. Even General Chang Che-ping, Taiwan’s former deputy defense minister, is being questioned in a national security investigation after he had contacts with Xie.

These spying cases must have an effect on the morale of the armed forces, where suspicion grows about senior officers’ loyalties. Mistrust in others can set in like a rot. Taiwan’s Ministry of National Defense insists there has been no infiltration of the military, but the USA will be alarmed about these repeated cases. Consequently, it is always hesitant about sharing its latest military technologies in case they find their way into Chinese hands.

But as can be seen, although Taiwan is one epicenter of Chinese spying, Beijing’s espionage and influence efforts span the world. The nation is always on the lookout for new technologies, for new data and for new recruits. Extreme caution is advised. (ANI)

Global Expansion is Within Your Grasp