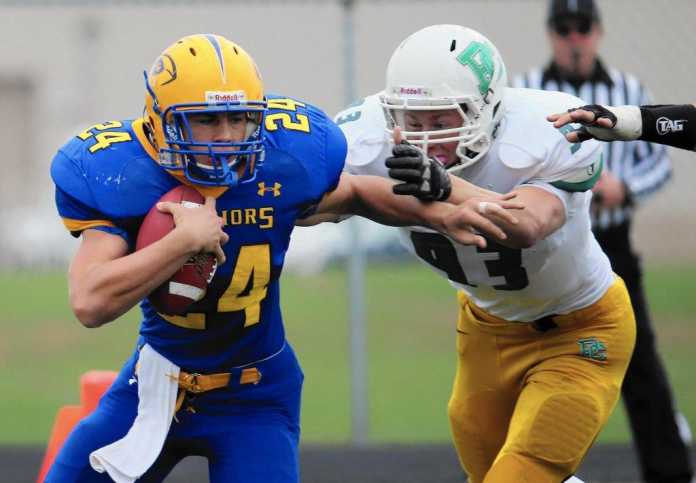 Clint Ratkovich walked onto the Atlanta Falcons’ practice field in late December, and it all felt surreal.

Ratkovich, a Crete-Monee graduate, was starting to live out his NFL dreams eight months after a torn ACL threw everything about his future into question.

“It definitely hit me that first day of practice, being out on the field with those guys and not really knowing what to expect,” Ratkovich said. “It was my first practice, basically, in a year. It was awesome to be out there flying around.

“Growing up as a kid, that’s always the goal and the dream to get to the NFL. When you’re finally out there, it’s kind of a weird feeling. It switches to, ‘OK, I’m out here but now I have to stay out here. I better start performing.’”

Ratkovich, a fullback, was signed Dec. 27 to the Falcons’ practice squad and spent the last two weeks of the season practicing with the team. On Jan. 9, Atlanta signed him to a reserve/future contract for the 2023 season.

Practice squad players can be signed by any NFL team. By tying up Ratkovich, the Falcons assure he will stay with them. The move shows the Falcons see Ratkovich as a priority rookie with a shot to make the active roster in the fall.

Ratkovich spent much of 2022 unsure if he would ever be in this position.

Crete-Monee’s all-time leading rusher with 2,673 yards during his high school career, Ratkovich starred for three seasons at Western Illinois as a receiver, running back and kick returner.

He transferred to Northern Illinois for his senior season in 2021 and thrived at that level, too. He scored 14 touchdowns, including 12 rushing.

Ratkovich impressed NFL scouts during the buildup to the draft. Some rankings had him as the No. 1 fullback prospect.

But while working out for the Green Bay Packers less than two weeks before the NFL draft, he tore the ACL in his right knee.

“I felt like I was doing really well and I was getting really good feedback,” Ratkovich said. “It’s sad to say it was the last route of the entire workout.

“I caught a corner ball, went to go finish up field, and I just landed on it wrong and heard it pop. It was bad luck.”

Ratkovich was devastated, knowing he would not be drafted.

“It was tough,” Ratkovich said. “I remember watching draft day. It went a little bit differently than I expected. Instead of hopefully getting my name called one of those days, I was sitting there in a brace. I think it was three days after my surgery.

“If anything, though, it just made me push even a little bit more.”

Ratkovich was cleared to return to football about six months later. Former Bears general manager Ryan Pace, who now works in scouting for the Falcons, gave Ratkovich a shot.

“He said he was following me when he was in Chicago, that they were really happy I’m healthy and would love to get me in for a workout,” Ratkovich said. “I flew down, had a really good workout and the rest is history.”

Ratkovich hopes to join receivers Laquon Treadwell, Lance Lenoir and Tywan Mitchell as Crete-Monee products to play in the NFL.

“There’s no substitute for having a dream and working toward it tirelessly,” Crete-Monee coach John Konecki said. “You shoot for the stars, you have to believe in yourself and you have to have that insatiable desire to get there. Clint certainly has that.”

Now, Ratkovich will prepare for offseason workouts and rookie minicamp.

“I’m definitely not going to take this opportunity for granted,” he said. “I’m going to use these next few months to get bigger, stronger, faster. Hopefully everything will come to fruition and I can be out there on the field in the fall.”

Steve Millar is a freelance reporter for the Daily Southtown.

Colorado doctor offers therapy that can change the brain

Pregame photos: Broncos arrive and prepare for preseason opener vs. the...

Amid Drought, Snowmaking Operations Statewide Use About 2.2 Billion Gallons Of...