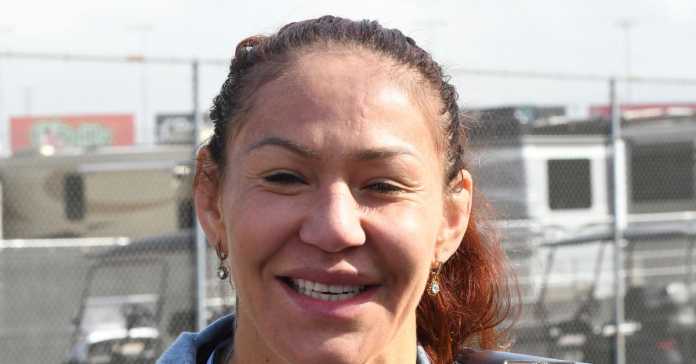 The decorated former Strikeforce, Invicta FC, and UFC champion revealed that she is now a free agent following her decision win over Arlene Blencowe back in April. With the offer period window soon to be expiring, it looks as if the Brazilian striker’s next matchup won’t be in the cage.

“My team already received the contract, we’ve been back and forth working on the contract, I believe soon, we’ll finish and I’ll sign,” Cyborg said on The Catch-Up (via MMA Fighting). “Then you guys are gonna know who and where is gonna be my next fight. I’m very excited to do my first fight in boxing. Very, very excited. It’s one of my dreams.”

There was a recent report from Sports Illustrated’s Chris Mannix that negotiations were made for Cyborg to face undisputed lightweight champion Katie Taylor, but we’ve heard nothing on that front since then. Cyborg has competed in a few professional Muay Thai fights, and has sparred with undisputed middleweight boxing champion Claressa Shields, but has yet to compete in a professional boxing match.

The one MMA fight of considerable intrigue involving Cyborg would be against two-time Olympic gold medalist and two-time PFL champion Kayla Harrison, who competes at lightweight but has fought at 145 lbs once before. While PFL CEO Peter Murray said there’s “been outreach” to Cyborg’s team over making this fight happen, Cyborg says this is not the case.

“We’ve never had any talks with PFL,” Cyborg said. “They never talk about this fight. I know it’s a lot of talks on the internet to make this fight happen with [Harrison], two different ways, but I’ve never had the opportunity to talk about anything.

“I’ve been talking to [Bellator President] Scott Coker about boxing fights, we’ve talked about how being co-promoters would be really nice. I really love working with Scott Coker…