Plano-based Hilti North America, the regional arm of the global tool manufacturer, has promoted SVP and GM Mike McGowan to the role of Region Head and CEO, effective October 1. 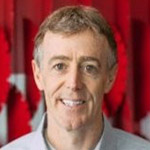 McGowan will be replacing Martina McIsaac, who resigned her position effective the same date.  In a statement, the company said McGowan was selected after an internal search, after serving multiple roles at Hilti since he joined it in 1988 as a store sales associate.

“For more than 35 years, I’ve been committed to Hilti, its team members, and its customers,” McGowan said in the statement. “Since the early days of my career, the construction industry has been my passion. I look forward to continuing to build on an already strong foundation of success by working alongside the more than 4,000 team members who’ve chosen to make Hilti North America their professional home.”

McIsaac is leaving her post after working at Hilti since 2013. She took up her current Region Head/CEO role in 2020 after serving as GM for Hilti Canada since 2017. 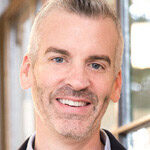 The company said Ross’s new role has been established to fuel acceleration by strengthening the brand and customer experience. He will report to Nieman Marcus Group CEO Geoffroy van Raemdonck.

“Ryan is a values-driven leader with a proven track record of achieving rapid growth and optimizing customer-centric experience,” van Raemdonck said in a statement. “This new role represents the next step in our Revolutionizing Luxury Experiences strategy, and we’re confident that an esteemed omnichannel retail leader like Ryan further positions Neiman Marcus for sustainable growth.”

Previously, Ross was president of Williams Sonoma, where he was responsible for driving…

Real Estate Companies Are Actually Not Laying Off Staff Right And...

Vapor Rises From the Ground in This Arkansas Vacation Town –...