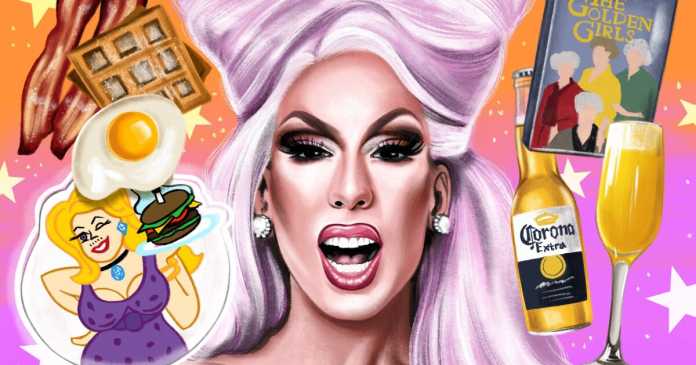 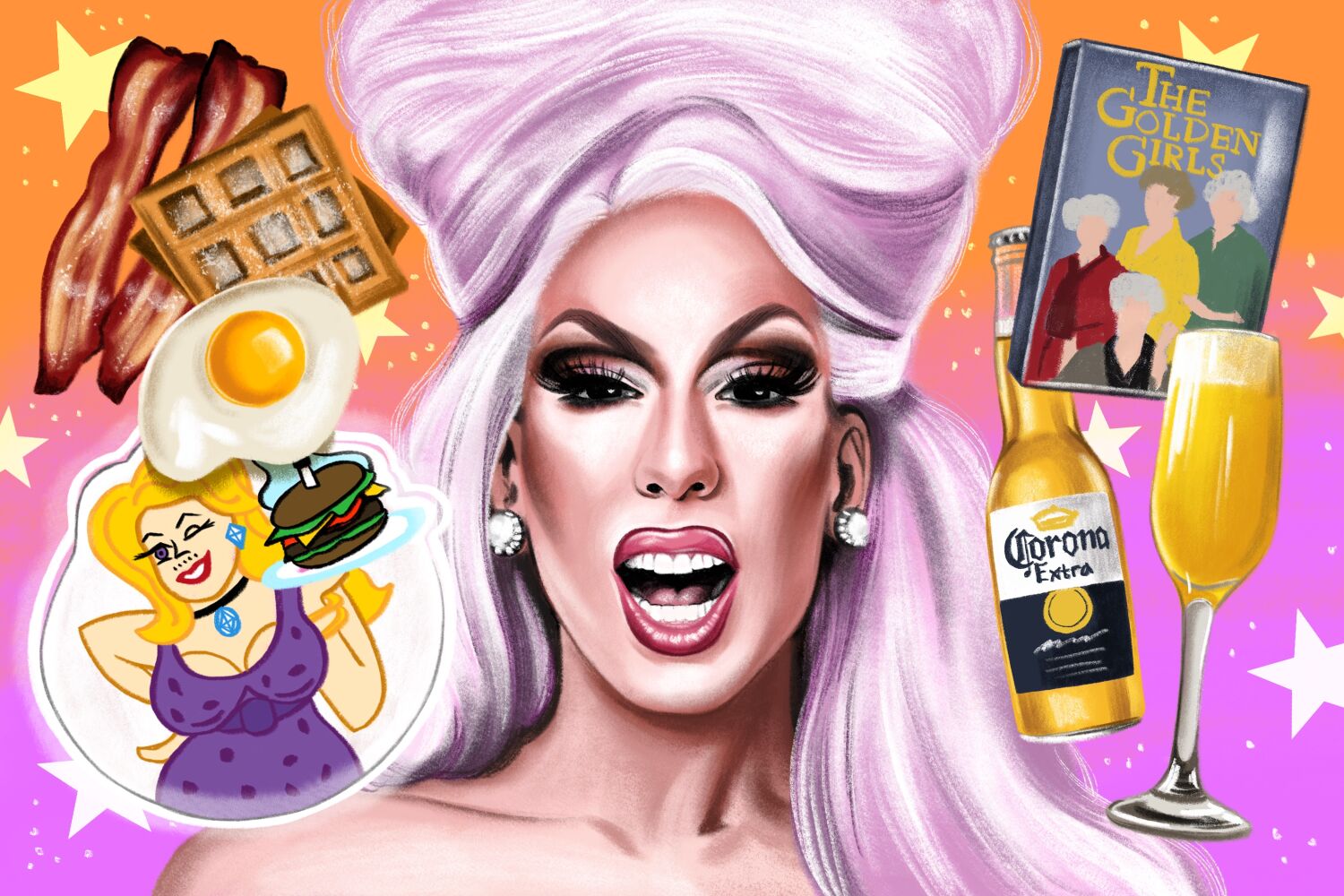 In “Sunday Funday,” L.A. people share their ideal Sundays to help us all freshen up our weekends.

It’s rare that Alaska gets a day off. The iconic queen and winner of “RuPaul’s Drag Race All Stars” Season 2 is currently on a multicity tour for her new album, “Red 4 Filth”; she performs at the Regent in downtown L.A. on Dec. 3. The tour comes on the heels of “Drag: The Musical” — which she co-wrote and starred in — at the Bourbon Room in Hollywood this fall. She’s the host of a a twice-weekly podcast, “Race Chaser,” with fellow “Drag Race” alum Willam, and together the pair launched a network of other queer-centric podcasts under the moniker Moguls of Media. Throw in her frequent tribute shows at Brooklyn’s 3 Dollar Bill and a hodgepodge of other random projects, and Alaska’s barely got time to think, let alone relax.

When Alaska does get a Sunday off, though, she likes to kick back in the company of some of L.A.’s best drag performers. Here’s how Alaska says she’d spend an ideal Sunday, which for this night owl kicks off at midnight. Her Sunday rundown has been edited for length and clarity.

Midnight: Go out after a show
On this particular night, I’d like to think I’d be coming from a performance. After I finish, I’d get out of drag and put on a sickening outfit. Then I would go to Precinct in downtown Los Angeles. It depends on the night, but let’s say on this late night there’s some really fun party with drag queens. Maybe Meatball is performing and she’s doing an eating contest onstage.

There’s really just a vibe about Precinct that I like. Everyone’s really respectful of one another, everyone is accepted, and everyone is there to have a really nice time. Typically, I like to drink Corona. If I’m getting crazy, I’ll do a few tequila shots.

2 a.m.: Close down the bar
I’m definitely the person who likes to say I’m only going for one drink and then completely shuts down the place. In my early days, I would have desperately tried to find an after-party too, but nowadays, what a blessing that the bars close at 2 a.m. in Los Angeles. That’s when I’m going home. I live in Glendale right now, which, if I’m trying to get to West Hollywood, it’s the other side of the Earth, but I think otherwise Glendale is very centrally located.

9 a.m.: Putz around the house until brunch
I’m actually a pretty early riser. I generally get up at 8 or 9. During the week, I try and work out fairly consistently. I hate it, but I do it. Sunday is my day for not working out, though. Sunday is my day for not being concerned about social media or work at all. I generally like to go to brunch somewhere, but typically to do that I just have to wake up and do my thing around the house until everyone else is awake.

11 a.m.: Go to the first brunch of the day
For brunch, I’d invite my best friends, Nick and Jeremy and Lola. There’s this place in Hollywood that has the best falafel salad. It’s ridiculous. And it’s called Solar de Cahuenga, and it’s absolutely amazing. They have great juices and if you’re feeling crazy, you get a mimosa.

1 p.m.: Go to the second brunch
After my first brunch, I want to find a drag brunch. I’m so gay that I need to have multiple brunches in one day. If you throw a wig in Los Angeles or the surrounding areas you will hit a drag brunch, which is great. I’m going to go to Hamburger Mary’s.

I’m not having a second breakfast, though. I’m just drinking. I’m very mimosa-oriented because it feels fancy.

4 p.m.: Take a nap
At this point, I’ve got to go home to take a nap. I think the best naps occur on the couch. Generally, I need to put something on TV that I have no investment in and that I’ve already seen before. “The Golden Girls” is great because I know the plot of literally every single episode, so I’m not gonna miss anything if I doze off in the middle of one. I sleep for 20 minutes to an hour. Then I wake up and I feel great.

5 p.m.: Swap outfits
When I wake up from my nap, I have to change my clothes because I’m French Canadian. My grandmother was from Quebec, and in our culture we change our clothes a lot. So I change outfits, but it will probably just be a different black tank top and jeans.

5:30 p.m.: Eat Pad Kee Mao for dinner
I do not cook. It sounds so romantic to go to the store and buy food to make, but I just don’t know how to do that. I love Thai food, and on a Sunday, I don’t think Wat Dong Moon Lek Noodle in Silver Lake will be too busy. We won’t even need reservations.

They have the best noodles imaginable. They have a great papaya salad too, and their egg rolls are so good. I pretty much get the same thing every time, though, which is pad kee mao noodles with tofu and vegetables.

7:30 p.m.
I’m already in Silver Lake and since this is my ideal Sunday, I’m going to say that Jackie Beat would be doing “The Golden Girlz Live” at the Lyric Hyperion.

The show stars Jackie Beat, Sherry Vine, Drew Droege and Sam Pancake, and they always have amazing special guests. Jackie Beat’s Bea Arthur is incredible. I was in a run of the shows a while ago, and I got to play Barbara Thorndyke, the horrible new best friend. I also got to play the male love interest. When I die, I hope that heaven is just living inside of “Golden Girls” episodes as different characters. (Editor’s note: “The Golden Girlz Live” is no longer running.)

9:30 p.m.
I’ll go to Akbar. I love the decor inside. I love the music. Some Mondays, Tony Soto does this show called “Learn the Words, Bitch,” and it’s really good. It’s basically a drag show, but you sign up on the day. You write down what song you want to do, and you lip sync. You don’t have to be in drag, but you can be. People get really creative with their interpretations of the songs and then one person wins a prize.

I’m going to stay out late too, because on this ideal Sunday, I don’t have to work on Monday, and that’s great. I love it.

Triller Announces Plan for Direct Listing Through an