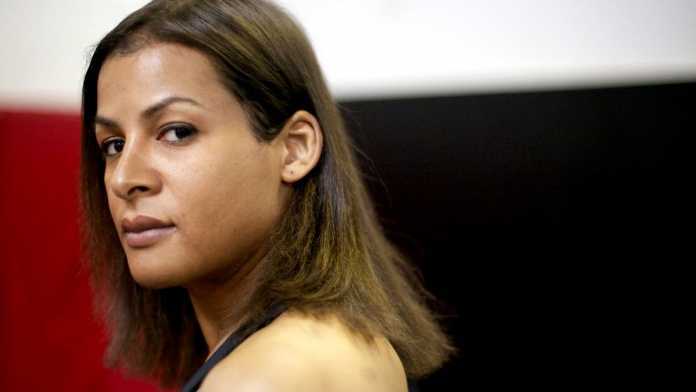 The topic of transgender women competing against cisgender women in sports has been a hot topic in recent months. This includes MMA, where transgender female Alana McLaughlin made her victorious debut last September.

But before McLaughlin, there was Fallon Fox, who was the first transgender MMA athlete to gain media attention during her stint as an active fighter from 2011-2014. Fox went 5-1 in her career, with her sole loss coming to the UFC‘s Ashlee Evans-Smith in 2013.

Not unlike McLaughlin, Fox was subject to her fair share of criticism. She particularly had conflict with Joe Rogan and Ronda Rousey in 2014, which coincidentally is the last year she competed.

“New research finds trans women that undergo HRT their hemoglobin levels reduce to the normal F range within just 3–4 months & their Vo2 Max in 4-6 months & their muscle reduces mass 9.4 % in just the first 12 months of T deprivation,” she posted along with an accompanying graph of medical data.

“Trans athlete Isaac Henig is a trans man who has never been on HRT (testosterone), & he just beat trans woman Lia Thomas who has been on HRT for over 2yrs. Also, some cisgender women had faster times than Lia…