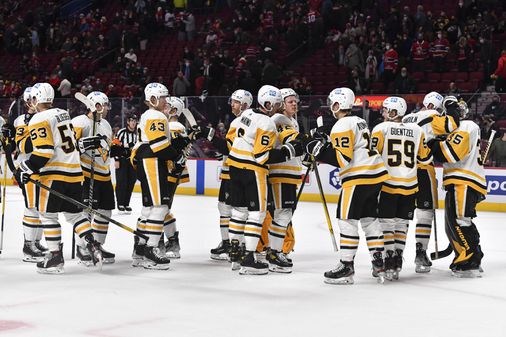 CHICAGO — Fenway Sports Group hopes to finalize the financial details of its purchase of the NHL’s Pittsburgh Penguins by Monday.

And that’s only the start to the latest expansion phase of the Boston-based sports conglomerate that already has MLB (Red Sox), Premier League (Liverpool), and NASCAR (RFK Racing) franchises in its portfolio.

While more teams from the NFL, NBA, WNBA, MLS, NWSL, and European soccer are on FSG’s shopping list, other sports-associated industries — from sports betting, news and entertainment, and data analytics to esports and a new Nike line of Liverpool apparel featuring FSG’s most recognizable partner, LeBron James — are on it, too.

“I wouldn’t want to say that we’re going to buy an NFL team tomorrow,” said Fenway Sports Group chairman Tom Werner with a soft laugh Thursday as the MLB owners meetings here were breaking up. “We’re interested in expanding, and it doesn’t have to be that the only expansion is by acquiring a professional franchise.”

The $750 million cash injection it received from RedBird Capital Partners in March spurred FSG to launch its acquisition phase. The summer and fall were largely quiet until last month, when FSG joined RedBird, Nike, and Epic Games in a significant investment in SpringHill Company, the entertainment, marketing, and content company founded by James and fellow FSG partner Maverick Carter.

Part of SpringHill’s own growth strategy is to create content based on FSG’s properties such as the Red Sox and Liverpool, which in turn will enhance and enrich FSG’s brand and bottom line.

“SpringHill has a bunch of different businesses besides just telling stories and content,” said Werner, the second-largest shareholder at FSG, ahead of RedBird and behind John Henry, principal owner and also the owner of the Globe.

“They have a lot of relationships with Fortune 500 companies and they’re telling stories and helping companies like Walmart and Chase tell their stories. So,…

Real Boston Richey Talks Being The Next Big Rapper From Florida...