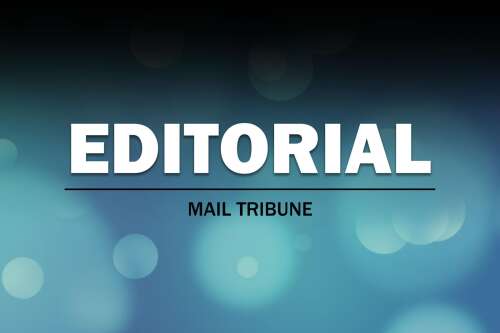 The transformation of Foothill Road from a meandering two-lane route into a four-lane “mega corridor” is now set to begin next year. The project will provide a north-south alternative to Interstate 5, which could prove vital in the event of a mega-earthquake that could flatten the I-5 viaduct, rendering the freeway impassable and cutting Medford in two.

The work is estimated to take the better part of three years, which will mean headaches for local motorists. But the wait will be worth it when the completed road offers a quick route from Phoenix to White City that avoids I-5.

It’s worth noting that the seeds of this project were planted in 1962, when the I-5 viaduct was constructed. The interstate was initially planned to run east of town, near Foothill. Medford civic and business leaders at the time were convinced that freeway drivers would not stop in Medford if they couldn’t see the city from the road, so they fought to run it smack through the middle. But they also opposed an interchange in the center of town, leaving Medford divided by the viaduct but without convenient freeway access.

The viaduct has been strengthened over the years to make it somewhat less vulnerable to an earthquake, but further seismic upgrades and widening the roadway could cost up to $89 million, according to the Oregon Department of Transportation.

ODOT may pursue such a project in the next 10 years. Rerouting the freeway to the east has essentially been ruled out, as it would cost more than $1 billion. Replacing the viaduct with a tunnel — another possibility discussed in the past — would cost at least half that much.

While we wait for funding and the eventual upgrade to the viaduct, finishing the Foothill corridor project offers a useful alternative, providing four…