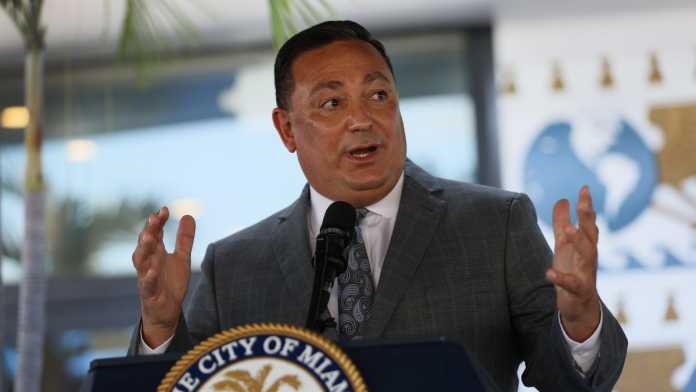 In an exclusive interview with NBC Nightly News, former Miami police chief Art Acevedo said he did not regret pushing for a vaccine mandate within the department.

Acevedo’s stance on vaccines was one of several factors which led to low morale in the department, which eventually led to a vote of “no confidence” from the union and his termination from the city.

Miami city manager Art Noriega said Acevedo overstepped his authority, hinting in a local interview officer’s jobs may be on the line without getting vaccinated.

“I think we’re close to making everybody get shots, vaccinated. If you don’t like it, go find another job. You’re putting the public at risk,” Acevedo told political consultant Sasha Tirador on her Youtube channel.

In the interview, Acevedo said he’d support going to court against Gov. Ron DeSantis’s administration over it, which also irked city manager Noriega because the city manager, city commission, and city attorney are the ones who decide to take a case to court.

Acevedo conceded those remarks added to low morale for officers already dealing with the pandemic, political instability, and anti-police sentiments after deadly shootings of Black Americans.

According to the Officer Down Memorial Page, in 2021, 366 officers or deputies have lost their lives. The vast majority of them – 234 – died from COVID. Florida specifically has had 33 officers die from COVID, the highest total number after Texas. Public health officials say one of the three widely available vaccines are safe…