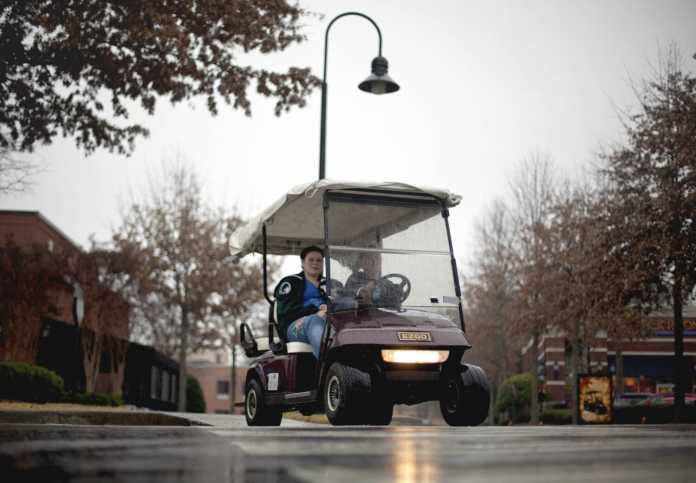 Tiffany Gibson and her husband, Jesse, started a golf cart rental business in 2020, during the midst of what she called an “explosion” of golf carts in Galveston. Beachin’ Rides has rented out more than 10,000 of them, she said, and it is one of many such businesses that operate on the island.

There are about a dozen of those companies in all, according to Galveston Mayor Craig Brown, who said approximately 1,750 motorized carts are registered with the city for use by either residents or businesses that rent to visitors. Golf carts have become increasingly popular among tourists during the last two years, Brown said, because they provide convenient transportation, a sense of freedom and an open-air environment in a scenic, beach community.

Gibson said the proliferation of golf carts, made possible by city ordinances that allow them to be operated on public roadways, also has become a sensitive subject in Galveston. That is partly because of what she described as a lack of enforcement by the city regarding safe driving practices, seatbelt wearing and intoxicated driving.

The issue was thrust into the spotlight late Saturday night, when four people from the Houston suburb of Rosenberg – including two children – were killed while in a rented golf cart, according to multiple news reports. They were struck in a collision with an SUV operated by an alleged drunk driver, who also hit another vehicle in a crash that occurred a few blocks north of Seawall Boulevard.

“It’s a whole big mess that’s been going on for a while, a big struggle,” Gibson said. “Here we are. I hate to say it, but it was almost inevitable.”

The golf cart tragedy was the second in about a year in Galveston, with Brown saying a teenage girl died last summer after falling out of a cart that made a sharp turn on the…

The tourism sector is a key engine of economic recovery for...