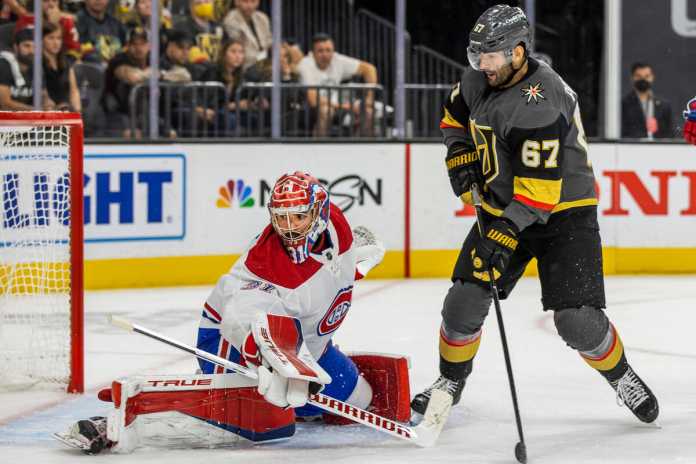 The Golden Knights’ offseasons are never about only adding or subtracting. Their aggressive nature and constant flirting with salary cap’s limits force them to often do both at the same time.

The Knights made the dance look easy their first four seasons with four playoff appearances, three trips to the semifinals and one appearance in the Stanley Cup Final. Things have become more dicey lately.

The NHL’s salary cap limit stayed flat at $81.5 million the last three seasons and increased only slightly to $82.5 million this offseason. That’s made it more difficult to move money off the books, hurting what the Knights could get back for veteran players when they’ve needed to accommodate the salaries of additions like defenseman Alex Pietrangelo and center Jack Eichel.

“The flat cap just continues to tighten on teams because it hasn’t changed and yet as young players across the league are paid and get more money it just pulls a little bit more out, a little bit more out,” general manager Kelly McCrimmon said after trading Pacioretty and Coghlan. “It makes it that much tougher.”

The Knights missed the playoffs after making subtractions last offseason and had to do the same thing this summer while bringing in minimal external help. They’ll have to hope the roster they’ve built is strong enough to withstand the losses they’ve sustained.

They’ve been in similar situations before. Here’s the Knights’ history of cap-clearing moves, and how they look so far:

Haula was a savvy expansion-draft pickup by the Knights and trading him before the final year of his contract ($2.75 million cap hit) June 29, 2019, to…

How Giants prospect Carter Aldrete fixed his swing and jump-started his...