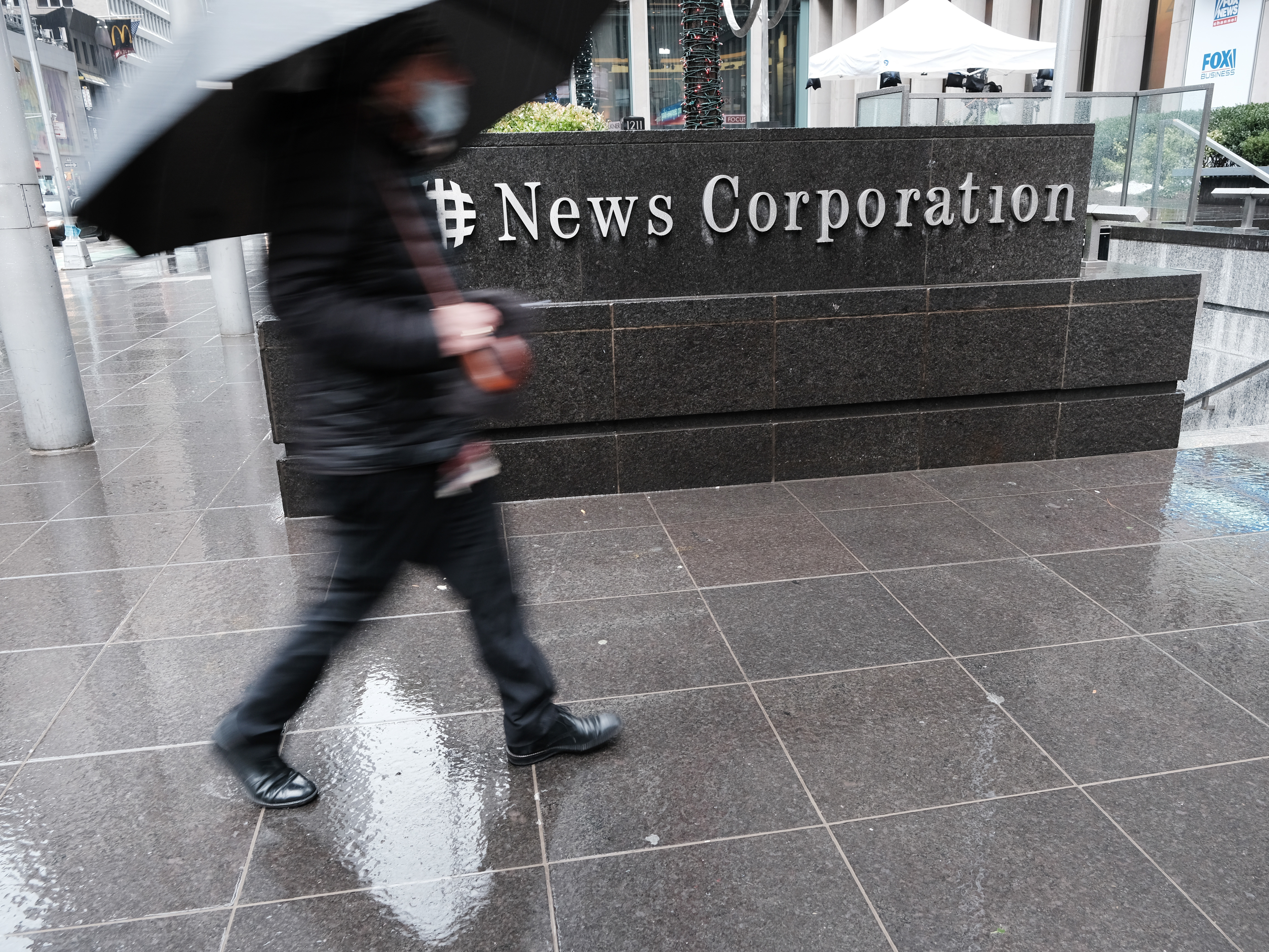 News Corp. announced on Friday that it suffered a cyberattack that was discovered in January. Here, a person walks by the global media company’s headquarters in New York City on Friday. // Getty Images, Spencer Platt

News Corp. — which owns the publishers of The Wall Street Journal and the New York Post — announced the discovery of a “persistent cyberattack” targeting a limited number of employees. An official with a cybersecurity firm working with the mass media conglomerate said the attack has links to China.

The company, the publishing arm originally founded as part of the Murdoch family’s media empire, disclosed the breach Friday in a financial filing to the Securities and Exchange Commission as well as through an internal email to employees.

According to News Corp., the digital attack was discovered in January, at which point executives contacted law enforcement and a private cybersecurity company, Mandiant, for assistance.

The investigation is ongoing, but perhaps most concerning is News Corp.’s assertion that the culprits have ties to a foreign government.

While Mandiant did not explicitly link the cyberattack to the Chinese government, David Wong, the vice president for incident response at Mandiant, said in a statement that the cybersecurity firm’s analysts have concluded that “those behind this activity have a China nexus.” They were spying or “involved in espionage activities” to gather information “to benefit China’s interests,” he added.

The Chinese government has a documented track record of launching persistent, sophisticated cyberattacks on businesses, academia, research institutions and government agencies, often with the intention of stealing information that would benefit Chinese interests.

During the Trump administration, the Justice Department launched a “China initiative” aimed at cracking down on what it described as a growing tide of Chinese espionage and intellectual property theft costing businesses…

Vaccine or Negative Test No Longer Required for Thunder Games

First she worked with a Republican governor, then a Democratic representative—find...