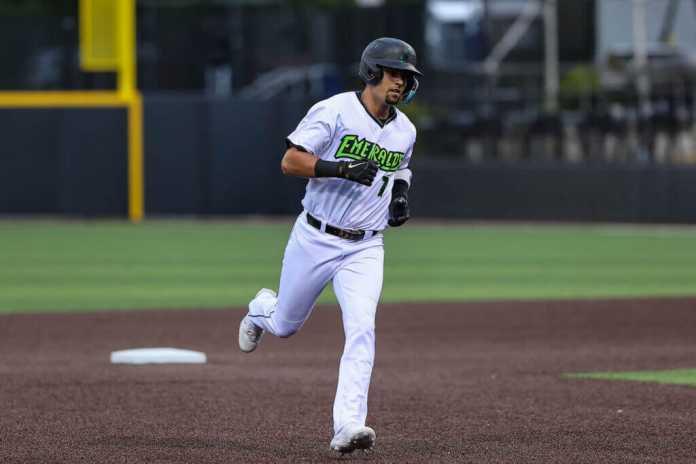 Carter Aldrete knew he needed a change. The swing that had taken him to professional baseball wasn’t getting it done any longer, so he spent his offseason at the Giants’ minor-league complex at Papago Park working with the Giants’ player development group to rebuild it.

“We really went to work this offseason,” Aldrete said in a phone interview last Thursday. “Thank God I live in Arizona and I had access to them. I just told them, ‘I don’t care what my swing feels like, I don’t care what it looks like, I need it to work.’”

So began the process of breaking down Aldrete’s swing to build it back up again. He and Giants minor-league hitting instructor Mike McCormack looked at the video and the Giants ran a full diagnostic to see where Aldrete’s body needed to improve from a conditioning perspective and to pinpoint what movements were working and which ones needed to change to get Aldrete in the best position to recognize pitches and attack them.

McCormack said Aldrete’s self-awareness and willingness to make drastic changes were key to finding a swing that would work for him.

“He was really committed to his work. And obviously, he worked really hard for it.”

5 Signs Las Vegas Is Going To Shut Down Again

Genesis Global plans to hire 140 as part of its Miami...