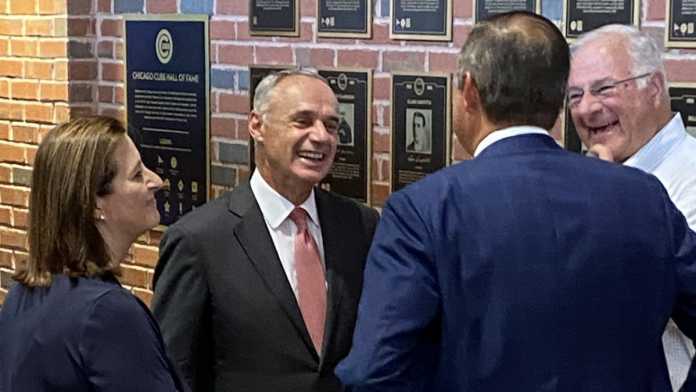 We’re a week away from baseball’s collective bargaining agreement expiring without any sign that a new agreement is close.

And while White Sox chairman Jerry Reinsdorf suggested last month that most of the progress in negotiations like this happen closer to the deadline, all signs point to MLB preparing to lock out players once the 11:59 p.m. deadline on Dec. 1 passes.

But it never had to get this far. Not if baseball owners had the vision and will to pay the price for a few obvious changes to fix some of the worst problems in the game and biggest issues causing the labor strife — issues also at the center of Cubs business practices that have left the big-revenue giants in a full-blown rebuild for the second time in a decade.

For now, few seem to expect the labor impasse to delay the 2022 season. Even baseball commissioner Rob Manfred last week downplayed the significance a lockout, which at this stage of negotiations is more of a leverage strategy than a sign of impending doom and gloom for next season.

But it will come with a freeze on offseason transactions; MLB already has moved up the tender deadline for arbitration-eligible and pre-arbitration players on the 40-man roster to Nov. 30 in anticipation.

But for the will, there was a way to avoid all of this — and for Reinsdorf to get his desired trip to Disney World next week.

What’s more, the biggest points of contention and rank-and-file anger in collective bargaining in a generation — tanking, service-time manipulation and salary suppression — could be all but eliminated in just three easy steps.

Not that there’s much chance of industry leaders doing it.

But if MLB ever finds the will, we have the way:

1. Eliminate the caps on amateur spending