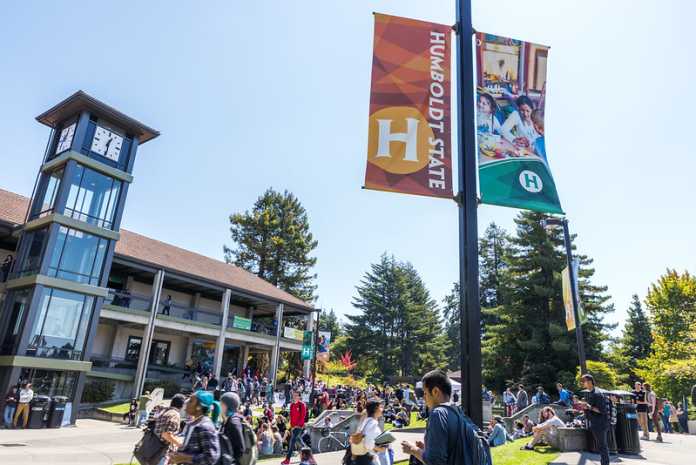 The public university in Northern California will now focus predominantly on science, technology, engineering and math disciplines and plans to scale up its infrastructure and academic offerings over the next nine years to meet anticipated enrollment growth. Polytechnic institutions are typically more career-oriented than general education or liberal arts colleges.

“This is an affirmation of what we believed our campus to be for decades,” said Tom Jackson, president of the newly named California State Polytechnic University, Humboldt. “We’re already extremely strong in the sciences, the liberal arts, ocean and marine science, forestry—all those things. It’s not a big stretch for us as a university to amplify and add additional programs, particularly in the areas of engineering, technology and agriculture.”

“There are more than 20,000 students who do not get into Cal Poly Pomona or Cal Poly San Luis Obispo and want to,” Jackson said. “We’re saying, ‘Here’s a new option for you.’” Cal Poly Humboldt has been working with Cal Poly Pomona and Cal Poly San Luis Obispo as it prepares to transition to a polytechnic, said Joseph I. Castro, chancellor of the CSU system.

“The two Cal Poly campuses have been supporting the development of a Cal Poly campus at Humboldt, providing faculty advice, and the presidents have met to discuss this idea,” Castro said….

For Juneteenth, Rikkí Wright reclaims freedom, and herself, on film

Genesis Global plans to hire 140 as part of its Miami...