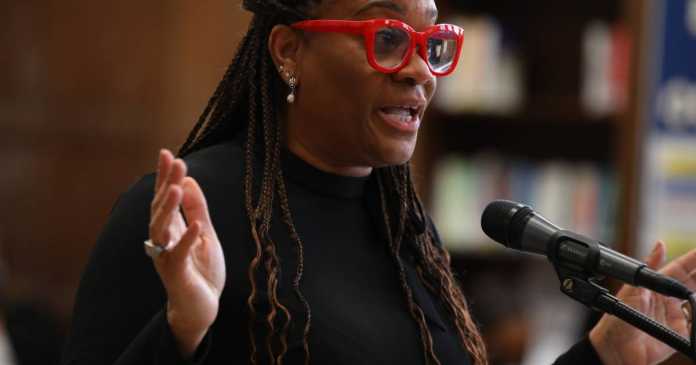 Paid time off would be a mandatory benefit for Illinois workers under a bill on Gov. J.B. Pritzker’s desk that represents the latest high-profile measure passed by the Democratic General Assembly to expand workers rights.

Pritzker has said he plans to sign the bill, which would make Illinois one of more than a dozen states with paid-leave policies. The measure would take effect next Jan. 1 and require an hour of paid leave be granted for every 40 hours worked, with employees able to accrue five days of leave every year.

The bill passed through the Senate and House during the final day of the lame duck session earlier this month.

Proponents say the measure’s primary beneficiaries would be low-wage, nonunionized workers. The Service Employees International Union estimates about 1.5 million Illinois workers don’t get a single paid sick day through their employer. The SEIU also said the measure would increase statewide income by $1.5 billion.

It would be the latest perk granted by the General Assembly for Illinois workers.

In November, the state’s voters elected to codify the right to unionize in the state constitution after legislators put the question on the ballot. And as of New Year’s Day, the statewide minimum wage was raised by a $1 to $13 an hour through a state law that has raised the wage in steps since 2019, when it was $8.25 an hour.

The Paid Leave for All Workers Act applies to workers employed by businesses of any size. The chief Senate sponsor, Maywood Democrat Kimberly Lightford, said during the floor debate prior to a vote that the bill could benefit the 1.5 million workers who “cannot take a sick day without being penalized or losing pay.”

“Imagine you’re down with the flu, you have a bad cold or even COVID and you are one of these millions of people. You have to consider if you’re going to risk getting your co-workers sick or risk not being able to put food on the table,” Lightford said.

“Why should a person have to think for just a second if they were (at) risk (of) losing their job or losing wages if they stay home to take care of themselves or a loved one? Don’t we think that should be a basic human right?” she asked.

State Sen. Jason Barickman, a Bloomington Republican whose last day as a senator was the night of the vote, countered that the bill could be detrimental to small business owners.

“They’re the mom-and-pop shops that are the lifeblood of the economic engine of our state, and while they have continued to try to do their best as they’ve navigated through COVID, historic levels of inflation and otherwise, I think it’s important to put in context the role that they play in our communities,” he said.

“They put our people to work, and we need to make sure that we are supporting our small businesses and our small-business employers. And this legislation unfortunately goes in the wrong direction for that.”

Employees would face fines or other civil penalties if they violate the measure. It would not apply to municipalities, such as Chicago, that already have policies on paid leave or paid sick leave.

The legislation would benefit nonunionized workers employed in factories, warehouses, restaurants and in other working-class professions, according to Wendy Pollack, director of the Women’s Law and Policy Initiative at the Shriver Center on Poverty Law, which supported the legislation.

“This was very important to them because so many of them don’t even get an hour of paid leave of any kind, whether it’s sick leave, whether it’s vacation leave,” Pollack said.

Audra Wilson, president and CEO of the Shriver Center, said lack of a paid-leave policy has a disproportionate, negative impact on Black and brown workers.

“Many of them are living in multigenerational homes. So, you’re talking about folks who already had to be subjected to the public and the pandemic,” she said. “They were coming to work sick, unfortunately, if they contracted COVID because they did not have paid time off. You had individuals who had to struggle to figure out what to do with their children when our kids were home for a year.”

A 2020 report from the Illinois Economic Policy Institute said 179 countries — the United States not among them — mandate paid sick leave for workers. Illinois’ policy would allow workers to take time off for any reason, not just to recover from an illness.

Citing some of the arguments voiced by Barickman, the National Federation of Independent Business opposed the bill, noting how many small businesses, especially those with five to 10 employees, have yet to recover from the pandemic.

Chris Davis, the group’s state director, said these businesses have struggled with supply-chain issues, inflation and finding workers. Mandatory paid leave would be “one more tax imposed on them by the state of Illinois that’s just going to be difficult to manage,” Davis said.

“Now they’ve been forced by the government to implement their solution that the government thinks is best rather than what’s really best for the employer and employee,” he said.

He said employers are sympathetic to workers forced to make a difficult choice about going in if they’re sick or have another issue, but that those situations should be worked out with employers.

“They consider their employees a part of the family,” he said of small-business owners. “They’re also best positioned to work with that employee to come up with a solution on an event-by-event basis to determine what enables that employee to meet their personal needs, but would also keep the business open to the public to meet their customers’ needs and to keep the business operation moving forward.”

Davis said his group plans to host seminars and webinars to help businesses understand how to implement the new requirements.

Mark Denzler, president and CEO of the Illinois Manufacturers’ Association, said his group initially opposed the bill, but shifted to a neutral stance as negotiations progressed over a proposal several years in the making.

Supporters initially wanted at least seven paid leave days, and there was also a “stacking” proposal that would have allowed municipalities that already have paid leave to add the state’s required five days to those already granted.

But both sides eventually agreed to the five days of annual paid time off a year, as well as a policy that would be applied to all 102 Illinois counties, without a stacking provision.

The day after the bill passed through the General Assembly, Pritzker issued a statement lauding the legislation.

“Working families face enough challenges without the concern of losing a day’s pay when life gets in the way,” the governor said. “I’m looking forward to signing this legislation and giving a safety net to hardworking Illinoisans.”

Denzler acknowledged the perk of the paid time off not being limited to just sick leave if it’s signed into law.

As the Proud Boys move into Long Island, an anti-racism group...