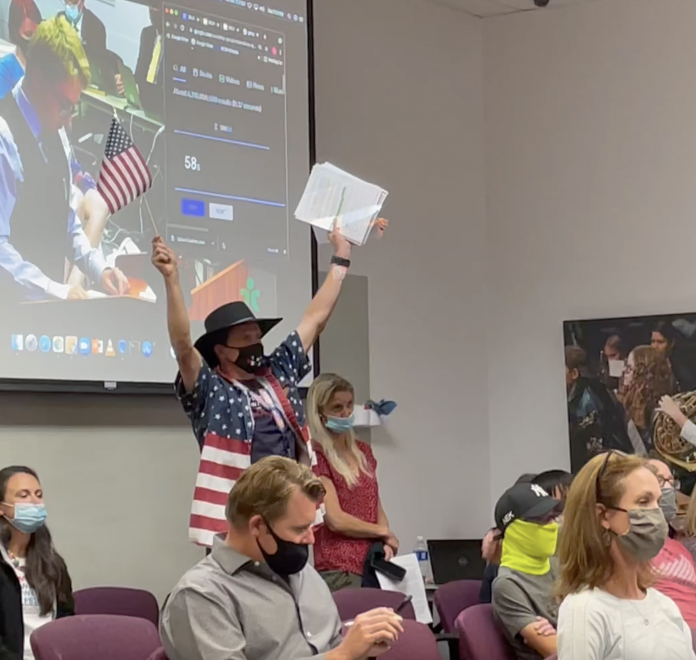 DOUGLAS COUNTY, Colo. – This is the first in a two-part series on school board politics in Denver suburbs.

Douglas County, Colorado, parents told Fox News that school board politics forced them to mobilize for the future of their children’s education.

“I think with the pandemic, we were stuck at home with our kids, we had to get more involved in our education, listening to Zoom calls, classes, things like that,” said Christa Gilstrap, one of the parents. “Parents started realizing, ‘Wait, what is happening?'”

“It doesn’t really matter who the president is, so much for my day-to-day life, but it really matters who my school board, who my governor is,” she continued.

Debates around school board politics in places like Loudoun County, Virginia, have dominated the national conversation, but they are similarly playing out in other communities all across the country, including in Douglas County.

The Douglas County school board unanimously passed an equity policy in March, which the district said “will ensure every DCSD student and staff member has access to equitable and rigorous educational opportunities” and will aim to correct any inequities in the school district.

Parents expressed frustration to Fox News over the new policy. Some were concerned that the platform could open the way for teaching critical race theory elements in the district. Others worried the platform would ultimately promote division among student groups.

“But come to find out, while we weren’t paying attention, it appears that they are,” he continued.

Expect heavy smoke Sunday as wildfires continue to rage across the...