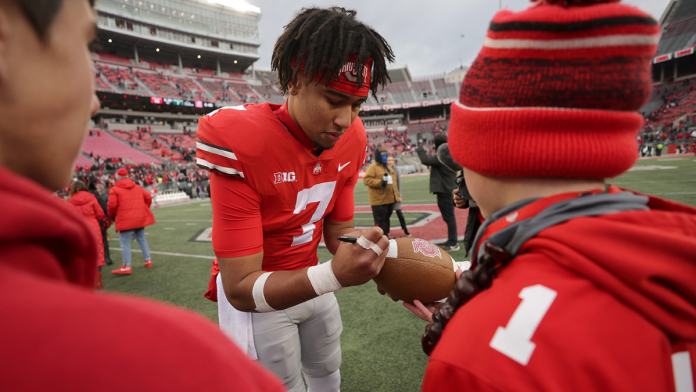 They’ve given themselves names that inspire the confidence large financial institutions use to pitch investors: trust … valiant … guardians. They are run by billionaires, entrepreneurs and accomplished financial advisors.

In the not-yet 7-month-old history college athletes being granted their full name, image and likeness rights, these groups have become the biggest influencers. Their cottage-industry businesses are called NIL “collectives” — stand-alone start-up companies established to create financial opportunities for athletes.

In some cases, collectives look a lot like major corporations with large staffs and budgets. Mostly unshackled by NCAA regulations, they have put their minds and resources together to funnel funds to athletes.

If that sounds crass, get over it. Collectives have become the opening number of a hit Broadway musical. The difference? The actors in this production are also fans.

“I’m about the confetti,” said Eddie Rojas, CEO of The Gator Collective and an unabashed Florida honk who went 10-1 as a pitcher for the Gators from 1999 to 2001. “I want to create an environment where Florida becomes NIL-U.”

Rojas, 44, is also CEO of his own company, 401K Generation. He has 16 years experience in portfolio management and pension consulting with his company currently managing $3.28 billion in assets. That confetti he’s talking about? He’s referring to the post-game stuff shot out of cannons celebrating national championships, a level of success he wants to help bring back to Florida.

To do his part in the NIL race, The Gator Collective has been established as a sort-of subscription service. Starting at $5.99 (up to $999.99) a month, Gators fans get exclusive autographs, interviews and even personal appearances.

“Players will visit [fans] on their birthday,” said Rojas proudly.

That’s only scratching the surface. The Clark Field Collective at Texas…

Experts predict the future of travel