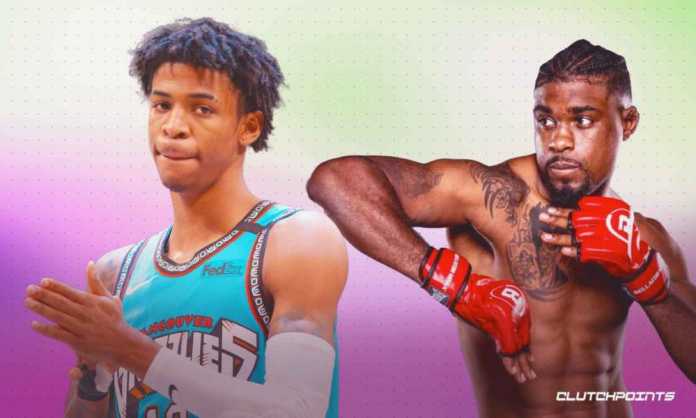 So far in the 2021-22 NBA season, Memphis Grizzlies star guard, Ja Morant is looking like the league’s most improved player. In his third year in the league, Morant has upped his scoring from 21 to 25 points per game while still leading his team in assists. The 22-year-old former Murray State star out of South Carolina has been the talk of the league, with Golden State Warriors stud forward Draymond Green recently commenting that Morant should be in the MVP conversation and not just the most improved player.

Another person who thinks that Morant should be getting more love is the rising MMA fighter out of Memphis, Jaleel Willis. “The realest” took some time out of his day to chat with our own Lucas Grandsire and had this to say when asked about Ja.

I had to ask Bellator’s Memphis-based @jaleelwillis1 about @JaMorant and his unique mentality with @memgrizz. #Bellator273 pic.twitter.com/7zkem2csxC

The “Memphis mentality” that the two are referring to is the same thing that former Grizzlies teams have prided themselves on. The ability to grind your way through anything as long as you are tough-minded and stick to the plan. For Memphis, that has led them to a 31-16 record (third-best in the NBA) and the league’s second-best record over the past month. If not for the heater that the Phoenix Suns have been on, the Grizzlies would probably be the hottest team in the NBA right now. That is not what truly matters in the end, though, because NBA teams are only judged off of how they do in the playoffs. Whether that is fair or not is irrelevant, not that you would hear anyone in Memphis complaining anyways. “I Have Children of My Own” – Shaquille O’Neal Explained His...