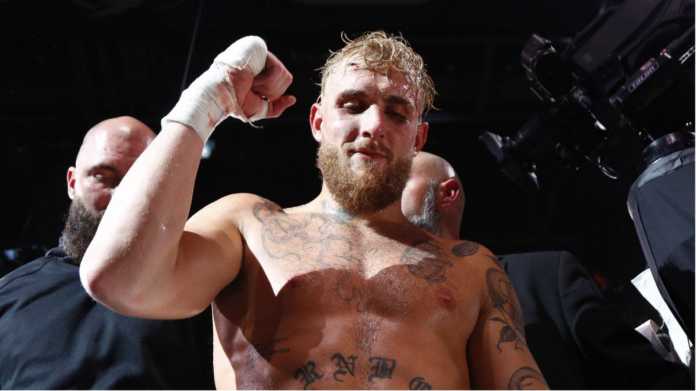 Jake Paul was convinced by a boxing world champion that he himself will one day win a title inside the squared circle.

Paul was interviewed on the “FLAGRANT” podcast recently, where he discussed his boxing career and future plans. During the interview, Paul was asked about his past comments suggesting that he’ll be a world champion one day.

“The Problem Child” revealed that it was a sparring session with a multiple-time world champion, and his comments afterward that convinced him he’ll one day hold gold inside the squared circle.

Paul revealed that a sparring session with Steve Cunningham, in which he himself did “phenomenal,” convinced Paul that he’ll one day be a champion in professional boxing.

Steve Cunningham has a boxing record of 30-9-1 and has won the cruiserweight and heavyweight titles of multiple promotions. Most recently, Cunningham defeated MMA’s own Frank Mir in April 2021 via unanimous decision.

As for Paul, he is certainly off to a good start in his boxing career. He holds a record of 5-0 with all but one of those fights finishing via knockout. However, none of those fights were against experienced boxers. The first two wins of Paul’s career were over a YouTube star and an ex-NBA player, while the next three were against mixed martial arts (MMA) champions.

Cris Cyborg closing in on boxing match, says she hasn’t had...

I Can’t Be A Contender In The Current Lightweight Landscape