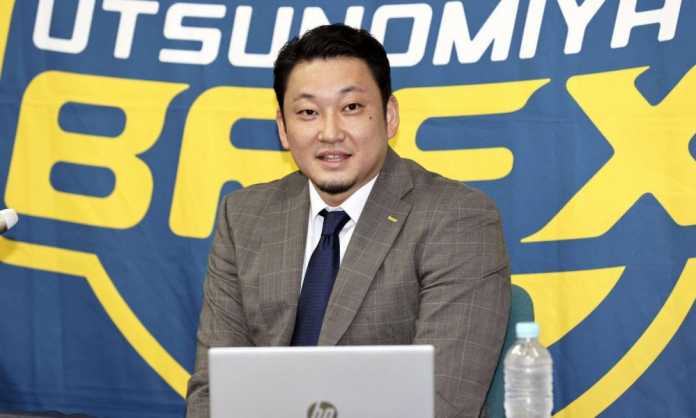 In a nutshell, that’s the nature of the coaching business in pro sports. For head coaches, five years at one job is akin to a lifetime.

Ryuzo Anzai, who became Brex bench boss in November 2017, has left his position and the organization after a combined 15 years as a player, assistant coach and head coach.

On Monday, June 20, the Brex announced Anzai’s coaching contract, which had expired at the end of this past season, was not being renewed. Anzai characterized his departure as a resignation.

Citing his reason for leaving, Anzai said the future of the team will be impacted by coaching.

He said he felt that “the team will not develop without change,” Anzai told reporters.

He also said he’s leaving without any regrets.

There’s speculation within Japan basketball circles that Anzai, who played for the Brex (2007-13) before joining the coaching staff, will take a year off before pursuing his next coaching gig.

Looking back on his long association with the Brex, the 41-year-old said: ““I rushed to express my gratitude on the court, so I’m really happy if you feel that I’m glad you supported me even a little, and I’m glad we fought together. It’s very difficult to put my thoughts on this club into words, but I really love and value the team.”

Anzai was promoted from assistant to bench boss several weeks into the 2017-18 season. He guided the club to a championship runner-up finish in 2020-21, followed by its second B.League title, secured on May 29.

Under Tom Wisman, one of Anzai’s…

How long can Zuckerberg afford to bankroll the AR/VR market? –...