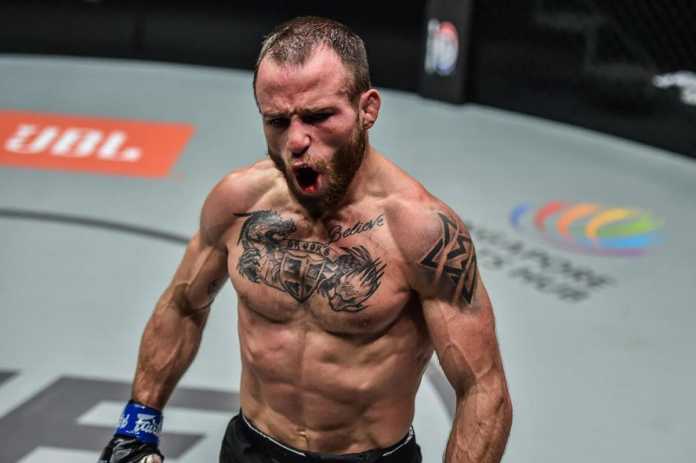 Jarred Brooks is known for getting under the skin of his opponents, but the American strawweight changed the frequency of his usual pre-fight banter.

The 28-year-old from Warsaw, Indiana was very complimentary of Hiroba Minowa ahead of their match-up on Friday, January 28 at ONE: Only The Brave.

“Everybody looks over Hiroba [Minowa], man. Hiroba is a tough, tough, tough kid. I am not going to sit here and say that I’m just going to run past him and, ‘What’s up, Josh, we’re gonna get it,’ you know? I think that Hiroba is probably the best in the division besides Bokang [Masunyane]. So yeah, I’m more focused on him right now than Joshua,” Brooks remarked.

“I see a lot of great qualities in a fighter in him. He [Hiroba Minowa] doesn’t get enough recognition.”

His promotion debut was against Lito Adiwang back in October 2021, and while the pair had their share of nice words about each other, friendly trash talk took center stage in the pre-fight media calls.

Brooks proved that his actions prove his words as he smothered Adiwang for much of the first round before securing the arm-triangle choke in the second round that forced the Team Lakay standout to wave the white flag.

His upcoming fight against Minowa is believed by many observers–and Minowa himself–to be a title eliminator, with the eventual winner potentially challenging reigning ONE strawweight king Joshua Pacio within the year.

Minowa is certainly not a fighter to joke around with as his ability to get out of precarious situations has allowed him to pick up victories over former champion Alex Silva and Adiwang, cementing him as the fourth-best fighter in the division.

Brooks has relied on his strong wrestling…