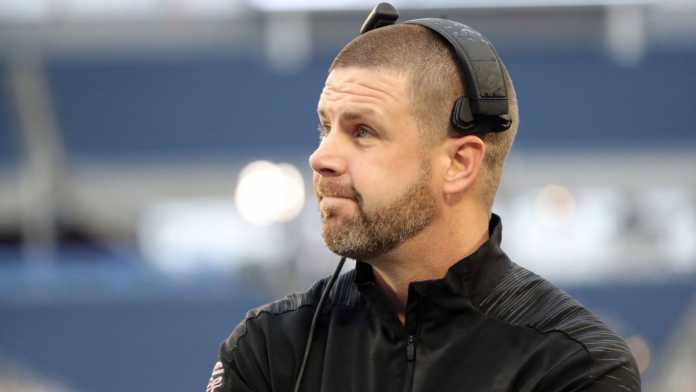 Florida officials are in contract negotiations to hire Louisiana‘s Billy Napier as the Gators’ next football coach, and barring a collapse in the talks, a deal could be announced as early as Sunday, sources told ESPN.

ESPN reported last week that Napier was the Gators’ top target to replace Dan Mullen after he was fired on Nov. 21.

Napier, 42, has been at Louisiana the past four seasons and led the Ragin’ Cajuns to 10 or more wins in each of the past three seasons. Before his arrival, Louisiana had never won 10 games in a season in program history.

He turned down multiple SEC head-coaching opportunities in recent years and again emerged as a target for several high-profile positions this season. LSU and Virginia Tech were also interested in Napier during this hiring cycle.

Napier, a former Furman quarterback, coached under Dabo Swinney at Clemson and Nick Saban at Alabama. He was the offensive coordinator and quarterbacks coach at Arizona State for one season before landing the Louisiana job in 2018.

A tenacious recruiter, Napier’s offenses at Louisiana have averaged 31.9 points or more per game all four of his seasons in Lafayette.

If a deal is reached, he would replace Mullen, who was 34-15 in four seasons at Florida and took the Gators to the SEC championship game a year ago. But Mullen lost four straight games to Power 5 teams this season and was 3-9 against Power 5 foes dating back to the final three games of the 2020 season.

Florida defeated rival Florida State 24-21 in Saturday’s regular-season finale to finish 6-6 and qualify for the postseason. The Gators’ 2-6 SEC record was its worst in the league since 1986.

Napier would be the fourth Florida head coach to start a season going back to 2014, Will Muschamp’s final season in Gainesville. The Gators last won an SEC championship in 2008. Between 1991 and 2008, they won eight SEC titles, six of those by Steve Spurrier.

Betting and online gaming down in Denmark in Q1 – Finance