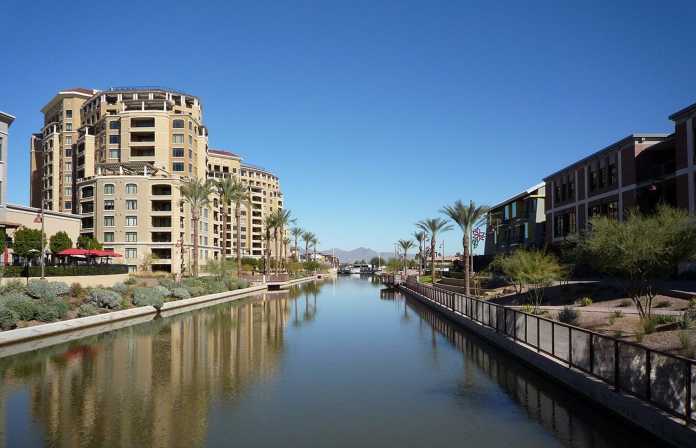 Phoenix’s reputation as an affordable city has been fading for a while now, though it wasn’t until this year that the metro’s rising costs started to make national headlines. Now, according to two recent reports, rents in some greater Phoenix cities have climbed so high that, for the first time, they’re comparable with those in Miami and Oakland.

Zumper’s latest national rent report, which is based on the firm’s analysis of current active listings in 400 cities, ranked Scottsdale’s rental market as the tenth most expensive nationally, averaging $1,850 for a one-bedroom apartment. A year ago, the city didn’t even crack the top twenty.

Gilbert’s rental market followed close behind, rising last month to become the 15th most expensive in the country. And signs only point to further increases, even as rents in other notoriously expensive markets, like Los Angeles, begin to slow.

“As long as the housing market stays hot,” said Zumper analyst Jeff Andrews, “one would expect rent to keep rising in the Phoenix area.”

In most Phoenix-area cities, rents increased by less than 5 percent last year. But they have all seen major hikes in 2021: Phoenix is up 28 percent, Scottsdale is up 24 percent, and Gilbert is up 25 percent since the onset of the pandemic. But it’s Glendale that has seen the largest jump, clocking a nearly 35 percent increase in that time period.

Another national report, released this month by Apartment Guide, found a similarly large rent increase. In its study of rising rents, Gilbert scored first in the country for its average increase in one-bedroom rent — costs had increased by 77 percent over the last year, from just over $1,000 a month to $1,850. It was one of just three cities in the country that saw an increase of more than 50 percent.

Part of what’s driving the trend is Maricopa County’s housing market, which is so white-hot that there’s now an A&E house-flipping show in which two Phoenix realtors try to achieve…

The Italian Daughter is as authentic and amazing as it gets