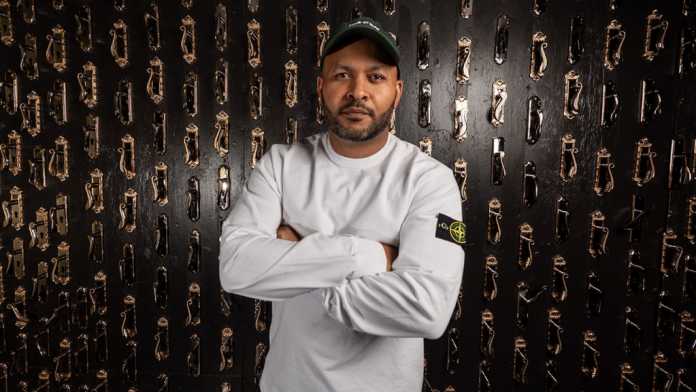 Lock & Key, located between a gas station and an unassuming food window on neon-charged Vermont Avenue in Los Angeles’ Koreatown neighborhood, is a Black-owned business — something many patrons of the popular nightlife hangout don’t know. This is not a result of the usual oversight or erasure of leaders of color, but instead by design.

“I’ve always been the owner who doesn’t necessarily want to be known,” Cyrus Batchan, owner of Lock & Key, tells THR while seated in one of his establishment’s lounge-style leather booths. “One of my favorite books growing up was The Great Gatsby. It’s like, you’re the person behind the scenes that people know, or don’t know. You’re kind of in the party, but you’re in the corner, and you’re just there. But you’re throwing a great party. I love that idea.” He also recently opened the French- and Indian-influenced brasserie Camphor in the Arts District (it took over the space that one of Batchan’s previous efforts, Nightshade, called home before closing in 2020 due to the COVID-19 pandemic.)

Batchan is a Southern California native through and through. Born in Riverside to a Black father and Persian mother who ran a small restaurant business, he grew up in Moreno Valley, went to law school in San Diego, and has lived in Los Angeles proper ever since.

The myriad subcultures and scenes intrinsic to this experience are on full display at Lock & Key, which first opened in 2013. Following a string of unfortunate events over the last two years that threatened its success (pandemic closure, several neighborhood fires, a burglary that completely gutted the bar of its sound system, alcohol, light fixtures, and point-of-sale terminals), the hotspot has risen like a phoenix from the ashes, born anew for a consistently loyal crowd.

When Batchan was developing the idea for Lock & Key…

Five Asian restaurants to eat at for AAPI Heritage Month and...

Russell Westbrook is Leaving The Los Angeles Lakers At All Costs...