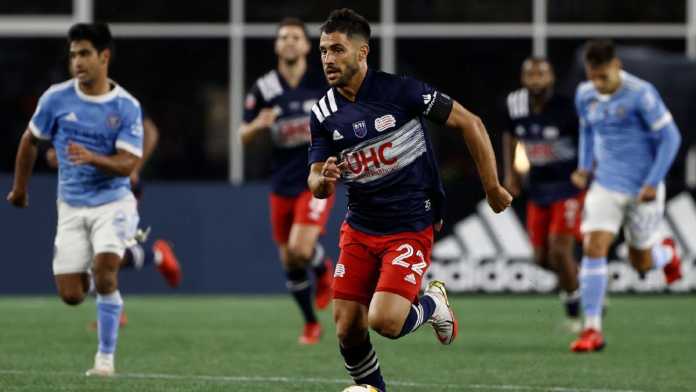 New York City FC and the Portland Timbers were convincing in their Round 1 victories, and their rewards are dates with Major League Soccer’s 2021 conference champions: the New England Revolution and Colorado Rapids. The opening salvo of the MLS Cup playoffs contained its fair share of drama as well, none more so than when Jakob Glesnes struck an improbable long-distance volley in the 123rd minute to secure the Philadelphia Union‘s place in the elite eight.

And who could have predicted that the Seattle Sounders, finalist in four of the past five MLS Cups, would be knocked out by the former club of assistant coach Freddy Juarez? Real Salt Lake‘s advancement was more entertaining than the wins of Nashville SC and Sporting Kansas City, despite registering zero shots across 120 minutes, but does that mean they’ll have the edge over the latter in their second-round meeting on Sunday?

ESPN’s Kyle Bonagura, Caitlin Murray, Dan Hajducky and Austin Lindberg preview all four conference semifinal matchups, predicting which clubs will be moving on to the final four and whose players will be watching the rest of the postseason from far-flung beach resorts.

Twenty-three days will have passed between the last time the Revs took to the pitch in anger and when they’ll play their first postseason game. Three-plus weeks is a long layoff, and would typically raise questions of rustiness when coming up against an opponent who’s already playoff tested, but in this particular instance, New England can be thankful for the rest.

Striker Adam Buksa missed the club’s final game of the regular season with a foot injury, but is expected to be fit enough to face NYCFC on Tuesday. The 25-year-old Poland international finished fifth in the Golden Boot race, and the Revolution lost just once all season in a match in which he registered a goal.

The Bronx side will be thankful for a nine-day break of their own, already without captain Anton Tinnerholm and midfield maestro Keaton Parks for the rest of the season, having watched Alfredo Morales, Maxime Chanot and Sean Johnson all receive treatment in the immediate aftermath of Sunday’s victory at Yankee Stadium.

The Revs will be fit and firing on all cylinders when they welcome the New Yorkers to suburban Boston. Their guests won’t be able to say the same. — Lindberg

After setting the league record for most points in a season, with the best attack in the league and MLS Goalkeeper of the Year, New England will be expected to win as long as it’s alive in the playoffs. — Bonagura

Take your pick of reasons the Revs are the favorites. Is it that Bruce Arena has won more MLS Cups than any other coach in league history for a reason? Or the fact that they set a single-season points record total because they are that good? Or would you rather zero in on Carles Gil playing lights out and being the favorite to win MVP this year? NYCFC are capable of keeping things interesting thanks to 2021 Golden Boot winner Valentin Castellanos, but it’s hard to bet against the Revs. — Murray

Such is the case with the March Madness-style, single-elimination playoff structure, it could be NYCFC’s lucky day — especially with Castellanos scoring at least once in each of his past five matches and NYCFC tied for third in goals from set pieces during the regular season. However, anything other than a Revs victory at home in late November would be an upset of historic proportions. — Hajducky

No Tinnerholm; Johnson, Chanot and Alexander Callens are in all likelihood less than 100%. It’s hard to see how NYCFC will cope with New England’s triple threat of Gil, Buksa and Gustavo Bou considering the damage done to their back line. — Lindberg

Philadelphia vs. Nashville on Sunday looks like a classic already: In the previous two meetings — both 1-0, one win each — possession was 51% – 49% and 52% – 48%, in favor of Philly both times. These are physical, bruising teams who tackle well, don’t allow slews of chances and capitalize efficiently on their own. Nashville and Philly were sixth and seventh, respectively, across the league in shots allowed and top six in errors leading to shots. Perhaps most indicative of how this semifinal will shake up? Both Philly and Nashville have scored at least 12 goals in the final 15 minutes, good for third and fifth most in that category in MLS. In their respective first-round matchups, both scored goals after 90-plus minutes.

These are cerebral, brawny squads and, with a spot in the final on the line, this is appointment viewing. — Hajducky

After splitting their matches during the regular season, Nashville looked more impressive than Philadelphia their first-round games. I’m fully expecting Hany Mukhtar to continue to be the difference maker. — Bonagura

Although Nashville has proven to be more than a one-trick pony in creating goals, it is still most dangerous in transition, and Philly is one of the best teams at defending in transition in all of MLS. Add in that Nashville is coming in with three fewer days’ rest, having faced a more bruising affair against Orlando on Tuesday than the score line shows, and Philadelphia has the upper hand. — Murray

Philly will have had more than a week of rest coming into Sunday evening. Can it can ride the emotion of Jakob Glesnes’ 123rd-minute stunner over the Red Bulls into the following week? In the end, it’ll come down to Philly being just a little fresher. — Hajducky

Nashville has the most effective defense in MLS, although Philadelphia’s isn’t too far behind (fourth-fewest goals against). What the Union don’t have, however, is Mukhtar, who’s created more chances and registered more goals and assists than anyone in Jim Curtin’s team. — Lindberg

The Timbers head to Colorado to add a helping of soccer to all the turkey and fixings on Thanksgiving and, in a day of thanks, the Timbers will be most grateful to have Sebastian Blanco, who led Portland past the Minnesota in the first round of playoffs. Postseason soccer often comes down to big players stepping up in big moments, and while the Timbers have Blanco, a consistent postseason performer, the Rapids lack a similarly clutch goal scorer. Dominique Badji, Michael Barrios, Diego Rubio and Jonathan Lewis have all been consistent attacking threats in MLS, but rarely in the playoffs.

The odds still look to be in the Rapids’ favor: they had the second-highest points per game in the entire league during the regular season, their coach Robin Fraser usually has an answer for any tactical wrinkles thrown his way and they are hosting in high altitude, which can be a challenge for visitors. But of course, in a postseason game at home, the pressure will be on the Rapids to play on the front foot, and that could play into Portland’s hands: the Timbers are better as a counterattack team, and they only need one moment of magic from Blanco against the run of play.

Major League Soccer is here! Coverage of all 27 teams with live games, replays, highlights.
Sign up now to stream soccer on ESPN+

The Timbers are riding high after the first round of playoffs while Colorado is coming in cold due to its first-round bye, so the Rapids’ fate just might hinge on how quickly they can get into the game. — Murray

The job coach Robin Fraser and general manager Padraig Smith have done to turn the Rapids into a force in the Western Conference is remarkable. Colorado is clearly the better team, but its long layoff could be problematic. — Bonagura

Conventional wisdom says the Rapids, the best team in the West, should get the win at home — but after the first round of playoffs shook out mostly according to every team’s regular-season ranking, the playoffs should start to get less predictable. Blanco, who has almost single-handedly turned the entire Timbers season around, has scored six goals in his past five starts and he thrives when the stakes get high. MLS’ first game played on Thanksgiving has all the possibility of a must-watch upset. — Murray

No one starts the second half stronger than Colorado, who boasts an MLS-high 24 goals from the 45th to the 75th minute. Colorado allowed only 15 second-half goals all season and the Rapids led the league in goals from set pieces, accounting for nearly 30% of their total. They shut out Portland in October; look for them to do the same here. — Hajducky

Blanco will have much more to think about matching up against a midfield made up of Jack Price, Cole Bassett, Mark-Anthony Kaye and Kellyn Acosta than he did when he ran wild against Minnesota’s Ozzie Alonso and Wil Trapp. — Lindberg

After advancing through red-hot Vancouver with a 3-1 win on goals from Khiry Shelton, Nicolas Isimat-Mirin and Graham Zusi, Sporting Kansas City gets another home game thanks to Real Salt Lake’s historic upset of Seattle Tuesday night.

What Pablo Mastroeni’s team did won’t be forgotten anytime soon, but the absurdity of it deserves a quick refresh: Playing on the road, without their captain (Albert Rusnak tested positive for COVID-19 and was unavailable), against a team that had never failed to advance to the conference semifinals in its existence, RSL beat Seattle (and assistant coach Freddy Juarez, who started the years as RSL’s head coach) without recording a single shot.

Real Salt Lake took both matches against Sporting during the regular season, including a stunning 1-0 win on Decision Day on Damir Kreilach’s stoppage-time goal that propelled RSL into the playoffs. Last year, SKC advanced to the conference semifinals as the top seed before losing 3-0 to Minnesota United, while Real Salt Lake last advanced this deep in the playoffs in 2019, when it lost on the road to Seattle. — Bonagura 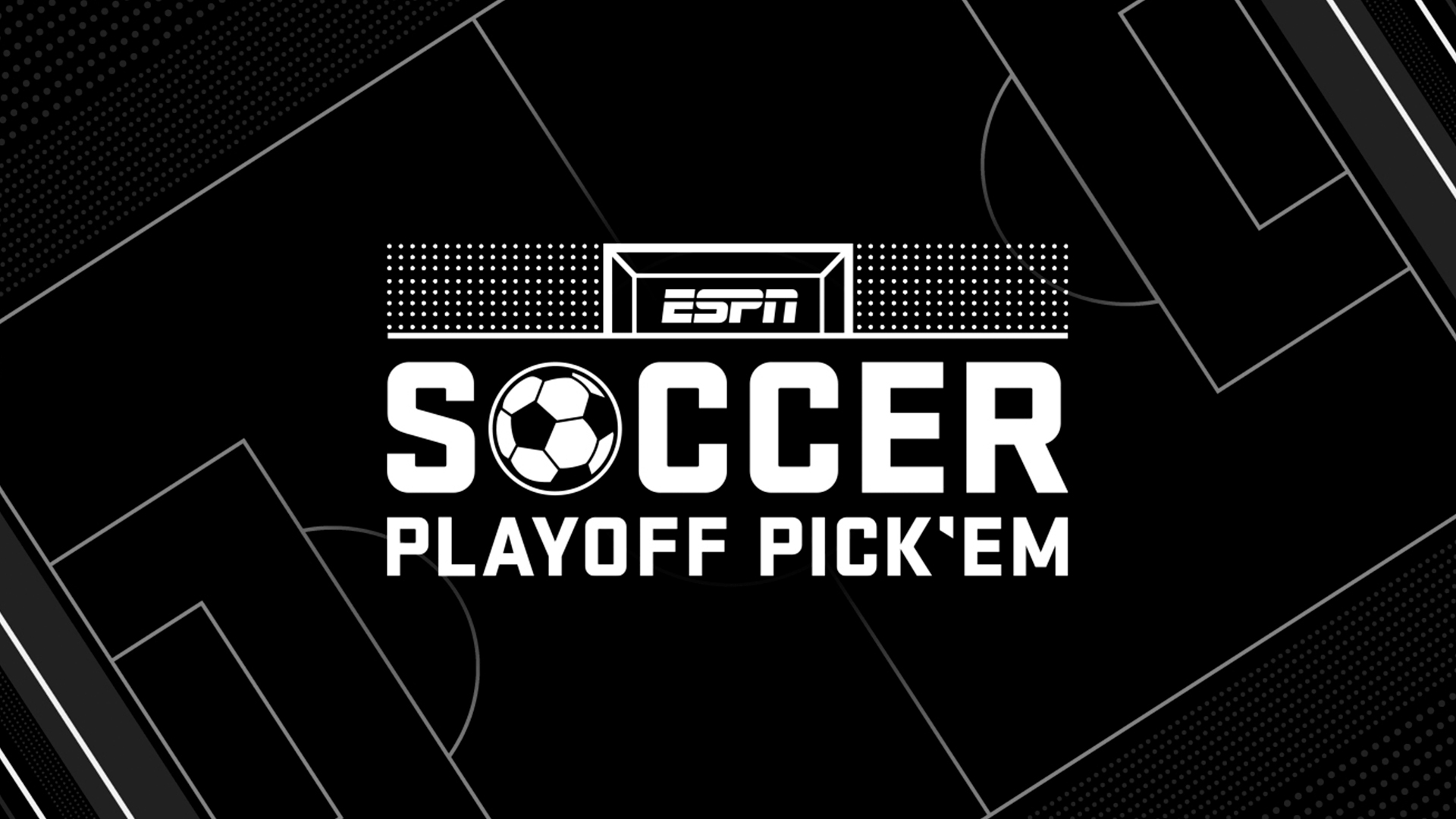 Make picks throughout the playoffs and compete for $4,000. Make Your Picks

In a weird way, RSL almost feel like a team of destiny now. How else can you explain how a team advanced without registering a shot over 120 minutes? Then again, it’s hard to pick a team to win again on the road after such a dismal display in attack. — Bonagura

Through the entire first round of the playoffs, it looked like all the games were destined to go chalk and the favorites would advance. But at the very last possible moment, RSL added a wrinkle. Despite no shots on goal through a scoreless extra-time, RSL barely beat the Seattle Sounders on penalties. Look, credit to RSL for keeping MLS weird, but they are playing on borrowed time. Kansas City has too many good game-changing players, including MVP finalist Daniel Salloi, Johnny Russell, Gadi Kinda and Alan Pulido, and RSL isn’t nearly as potent. — Murray

Real Salt Lake against Seattle in Round 1: Zero shots, zero shots on target, one playoff victory. Have to wonder if there’s a little magic hovering above Mastroeni’s squad; they’ve already beaten Sporting KC twice in 2021, including a 1-0 stunner — stolen in the 95th minute by Kreilach — to secure playoff qualification earlier this month in Kansas City. It feels like payback time for SKC. — Hajducky

Maybe RSL can use another unanimously predicted loss as more bulletin-board material (seemed to work a treat in Seattle), but they allowed 20 shots in that match, and that’s no anomaly. Salt Lake allows the third-most shots in MLS, and scoring two combined goals in its past three contests, that’s going to catch up with Mastroeni’s team sooner or later. — Lindberg