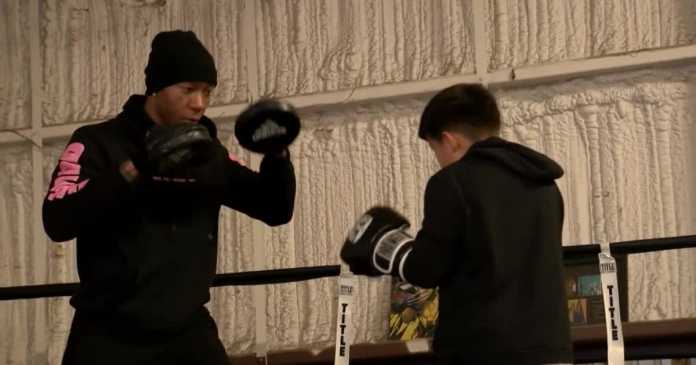 CORPUS CHRISTI, Texas — Earlier this week we told you about Robert Villegas, a man who meant so much to mixed martial arts community in Corpus Christi, but sadly died from Covid-19 last year. His wife Valerie set up the Robert Villegas foundation and held the first Combat Sports Festival on Saturday.

“The fact that everybody came out, everybody’s very supportive it means a lot to us,” said Robert Rodriguez, vice president of the Robert Villegas Foundation. “We started this to remember Robert Villegas. It looks like it’s going to be an annual event.”

Robert Villegas was experienced in several of those disciplines. The festival was able to bring gyms of all these disciplines together under one roof. As Valerie looked around at what she was able to put together, she said he would have been proud.

“Many of the people that are coming out are already in the martial arts industry,” she said. “And initially we need all of us to come together. But as the years go on we can go out to the community schools, different places, get some of these kids to come.”

“It’s a good thing especially to honor my former coach I had who passed from Covid,” said Mark Beuke, a professional boxer and former student of Robert Villegas. “And it’s also a real good thing to bring the community together especially for martial arts, boxing. Whatever type of fighting style you name it.”

Valerie said the day was all about the fun for the children and maybe a learning experience.

“What I think they’re getting out of it is to see other martial arts they maybe weren’t introduced to,”Beuke said. “Maybe they just want to get out meet some other gyms, meet some other people.”

Robert Villegas was known for his teaching. He even taught students who maybe couldn’t afford classes.

Derrick Lewis Explains Why Miocic Fight Is A Chance At Redemption

Ngannou Looks To ‘Shut Up’ Everyone In The HW Division At...