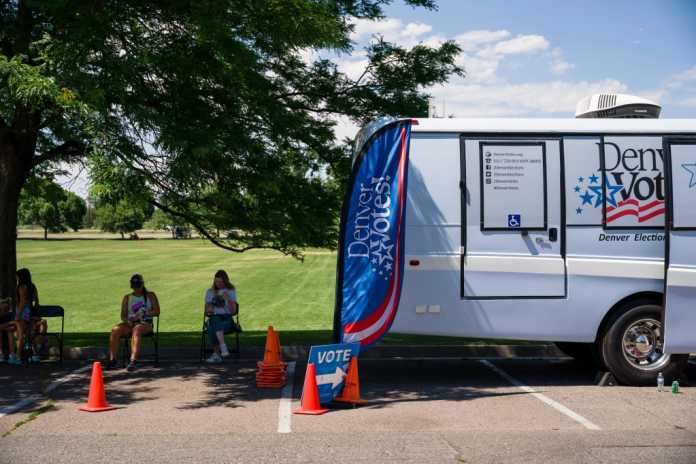 Housing is the most important issue Denver voters will be weighing when they cast their votes for the city’s next mayor, according to a poll conducted this summer.

Lake Research Partners called and in some cases texted 400 registered voters in the city in the last week of July to ask about issues, candidate attributes and what is motivating them heading into the city’s potentially landscape-reshaping election in April. All 13 city council seats are up for reelection and an open race will be held for mayor as the term-limited Michael Hancock prepares to leave office.

With a margin of error of 4.9%, the poll found that 27% of those voters deemed “addressing the housing crisis” as the most important issue by which they will judge mayoral candidates next year.

Crime was the second most popular choice for the biggest issue in the race whether it was described as “being tough on crime” or “reducing crime” by survey takers. “Protecting health care and reproductive freedom, including abortion,” came in third.

Lake Research Partners have been given a top “A/B” grade by poll analysis site FiveThirtyEight but the grade is considered provisional. The firm has a relatively small amount of polling data within three weeks of an election, FiveThirtyEight says, which is why the grade has that short-term designation.

The survey was commissioned by the Colorado Working Families Party and Emerge Colorado.

The Working Families Party is a grassroots, progressive political party that recently made news when its Georgia wing undertook a voter mobilization effort that helped swing the state’s Senate races for Democrats.

Emerge Colorado is the local wing of Emerge, an organization dedicated to recruiting and training Democratic women to run for public office.

Here are some other highlights of the results:

Lisa Calderón is Emerge Colorado’s executive director. She ran for Denver mayor in 2019, coming in third behind Hancock and Jamie Giellis. Calderón told The Denver Post this summer that she was weighing her options for another potential mayoral run but more than anything wanted to see a woman of color elected to the seat.

The poll results were encouraging for Calderón. It found that 60% of surveyed voters considered electing more women to political office as either very (32%) or somewhat (28%) important to them. Meanwhile, 12% of survey takers said it was of little importance and 25% said it was not important at all.

Amongst survey respondents that identified as Democrats, 82% said electing more women was important to them. For Republicans, 78% said it was not important. Among independent voters, 49% said it was important vs. 43% who said it wasn’t, according to the results shared Wednesday.

“The fact that the field is wide open but leaning toward women candidates to lead Denver in a new direction is an exciting prospect,” Calderón said in a news release. “I’ve been predicting that the 2023 mayoral election will be the year that voters elect a woman for mayor. The only question is which woman. It is a good problem to have.”

Denver has never had a woman mayor. Among the 12 people who have (so far) filed their paperwork with the clerk and recorder’s office to run for the office next year, four are women. They are Kelly Brough, Anna Burrell, Leslie Herod and Debbie Ortega.

🌱 Escape The Heat In Breckenridge + E-Bike Rebates Back +...