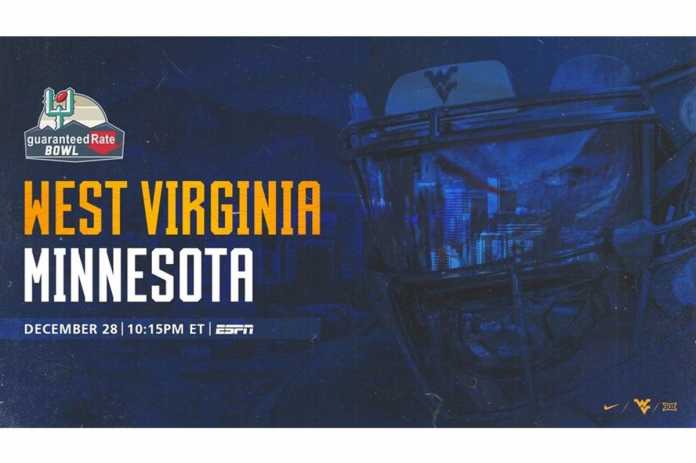 Tuesday, Dec. 28
On game day, alumni, friends and fans are invited to the WVU Guaranteed Rate Bowl Pre-Game Party from 4-7 p.m. (MST) at Copper Blues in the Cityscape Dining and Shopping Complex (50 W. Jefferson St., Phoenix, AZ 85003), a short walk to Chase Field.  It will be an evening filled with Mountaineer pride, WVU giveaways (while supplies last) and food and beverage specials. The Pride of West Virginia Pep Band, WVU Cheerleaders and Mountaineer Mascot will make a special appearance at 4 p.m.

Kickoff for the Mountaineers and Golden Gophers from Chase Field (401 E. Jefferson St., Phoenix, AZ 85004) is set for 8:15 p.m. (MST)/10:15 p.m. (EST), and the game will be televised by ESPN. Tickets are still available and can be purchased at WVUGame.com. Purchase a Guaranteed Rate Bowl parking pass.

Fans interested in booking hotel accommodations in Phoenix for the game are encouraged to visit WVUSportsTravel.com.

Different levels of connection from dating to wedding