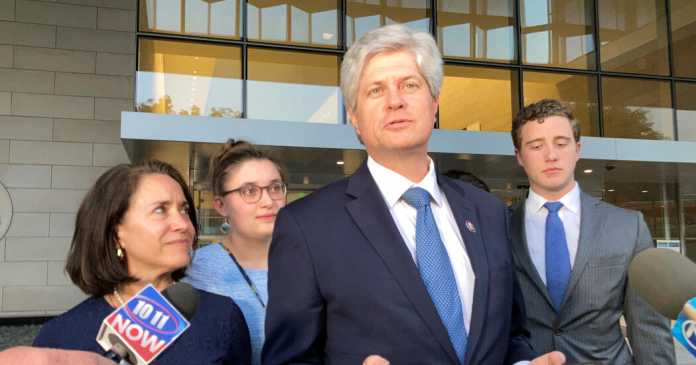 Although Mr. Fortenberry had already forfeited his committee assignments in accordance with House Republican rules for members who face federal indictments, a conviction does not automatically disqualify him from keeping his seat. He could be expelled, if two-thirds of House members vote to approve, but such a measure is exceedingly rare. Many House members who are convicted of crimes resign well before reaching that point.

In October, when he was charged, the congressman maintained his innocence.

“Five and a half years ago, a person from overseas illegally moved money to my campaign,” Mr. Fortenberry said in a video he posted online at the time. “I didn’t know anything about this.”

He was convicted after a weeklong trial.

“The lies in this case threatened the integrity of the American electoral system and were designed to prevent investigators from learning the true source of campaign funds,” said Tracy L. Wilkison, one of the prosecutors.

Mr. Fortenberry, who has been in Congress for almost two decades, received a $30,000 donation to his re-election campaign at a fund-raiser in 2016, according to the federal indictment in the case. Foreign citizens are prohibited from donating to U.S. election campaigns.

Rather than report the contribution in an amended filing with the Federal Election Commission or return the money, as federal law dictates, prosecutors said Mr. Fortenberry kept it and told investigators in 2019 that he had been unaware of any contributions made by foreign citizens.

The charges did not stem from the donation itself, which came from Gilbert Chagoury, a Lebanese Nigerian billionaire who was accused of conspiring to make illegal campaign contributions to American politicians in exchange for access to them.

The charges came after prosecutors said Mr. Fortenberry denied knowing that the donation, which had been funneled through an intermediary, was from Mr. Chagoury — even after the congressman had been told by a cooperating witness, a…

New Zealand just reopened to tourists. This is what it was...