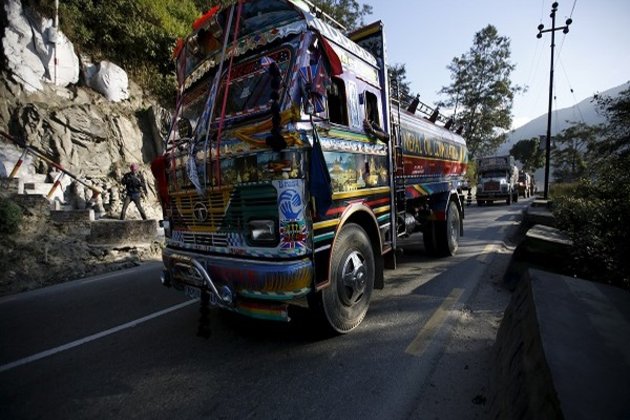 Kathmandu [Nepal], September 15 (ANI): For the last two years Beijing has imposed an undeclared blockade at the transit points on the Nepal-China border citing the COVID-19 pandemic, which has caused economic hardships for Nepali traders and deaths by suicide.

Sudarshan Ghimire, owner of Swet Baraha Enterprises, who created the image of a good businessman of New Road, chose the path of suicide. He died by suicide on September 6, 2022, reported local media EPARDAFAS.

China for the last two years has been allowing only a few containers to cross the transit points on the Nepal-China border.

Hare Ram Paudel, a young entrepreneur from Sindhupalchowk involved in the import and supply of Chinese goods in the Nepali market committed suicide on October 13, 2020, due to frustration when his goods got stuck on the Nepal-China border for months.

The entrepreneurs were in a double trap, their goods were lying at the border for many months and they also had a massive amount of loans, reported the Nepali publication.

On one hand, they had been going through a financial crisis, and on the other hand banks, and other moneylenders were demanding the instalment or the dues cleared on a regular basis.

The entrepreneur committed suicide under stress as his financial condition worsened since the containers with his goods got stuck at the Chinese border for a long time.

Since the outbreak of COVID-19 in China in December 2019, Nepal’s trade through the China border has been affected.

Many meetings and discussions between the two countries were held to ease smooth trade, there was an agreement to operate the border completely in two directions, but it has not been implemented yet, reported EPARDAFAS.

Chinese Foreign Minister and State Councillor Wang Yi, who recently visited Nepal assured that arrangements would be made soon so that imports and export can be done easily from both northern ports. However, the border restrictions have not been eased till now.

Foreign Minister of Nepal Dr Narayan Khadka who was on a visit to China last August, also said that discussions have been held with China on the border issue but the outcome of that visit and meeting is not seen as fruitful till now.

Similarly, at present, the Chairman of the Standing Committee of the National People’s Congress of China Li Zhanshu is on an official visit to Nepal.

Nepalese leaders are again urging the Chinese side to facilitate opening of the transit points on the Nepal-China border, including the Tatopani and Rasuwagadhi checkpoints so that the China-imported goods can enter Nepal in time for big festivals like Dashain, Tihar, and others are approaching in the country, reported EPARDAFAS. (ANI)

How to Price Your Products: Expert Tips from WooCommerce