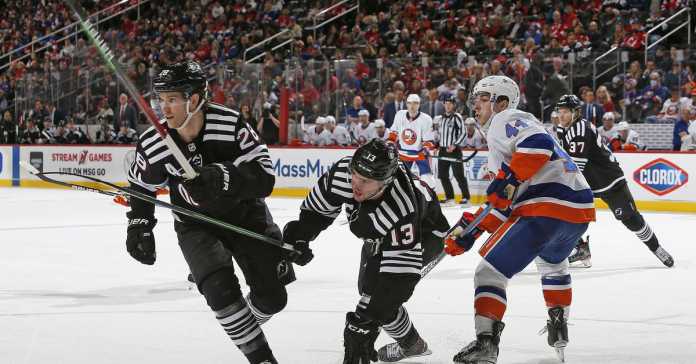 Here we are, back again in a Lighthouse Hockey game thread. It feels like home.

We did not post a game thread last night, for which we apologize. There wasn’t much to watch last night anyway. Also, I don’t think there will be any recaps of preseason games, but Hey, You Never Know.

Back to tonight’s action: Our New York Islanders, or at least guys wearing Islanders jerseys, are visiting the New Jersey Devils, or something like them. It’s preseason, and early in the preseason at that—before the first round of cuts—so the lineups are half NHL guys, two parts guys you’ve heard of at least once, and one part guys who might be made up.

It seems like something of an opportunity for Aatu Räty and William Dufour since they’re getting to run with the NHL guys. Also, Oliver Wahlstrom will play for the second straight night, evidently getting a chance to redeem himself.

The Devils will roll out these lines:

Expect all four goalies to play about half the game. Ilya Sorokin and Vitek Vanecek will start, though.

4 New York Giants could return vs. Washington Commanders in Week 13

Mother Diagnosed With Cancer Takes Out ‘Date My Daughter’ Billboard In...