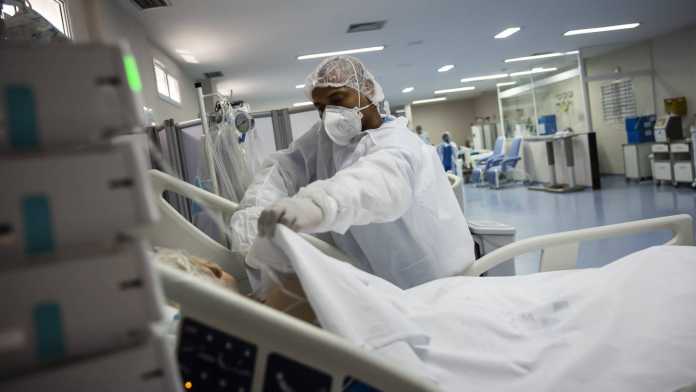 RIO DE JANEIRO — (AP) — There has been a renewed surge of COVID-19 in Brazil with the spread of the omicron variant and, as elsewhere in the world, it is largely a pandemic of the unvaccinated.

Brazil confirmed an average 162,000 cases in the week through Jan. 26, up from a 20-month low of some 3,000 in late December, according to Our World in Data, an online research site. Deaths have climbed to an average 370 per day, five times higher than early this month, but down sharply from last year.

“We see that the people who being hospitalized are those who either weren’t vaccinated or didn’t finish the three doses, who have comorbidities,” Dr. Rafaela Ribeiro told The Associated Press inside the intensive-care unit of her hospital in Marica, in Rio de Janeiro’s metropolitan region. “This time the medical team is more prepared. In the beginning, we didn’t really know how to deal with it. It was chaos.”

While cities like Rio moved quickly to vaccinate their populations — 98% of adults have had two shots or the single Jannsen shot — other areas of the country are lagging.

States in the northern region, home to the vast Amazon rainforest, are among those with the nation’s lowest vaccination rates, according to the confederation of state health secretariats. In Amazonas state, the number of new infections last week surged to the most since the pandemic’s start in 2020, and more than double the level registered last year when its health system collapsed. While hospitalizations for severe respiratory distress and deaths have ticked upwards in recent weeks, both remain far below levels seen one year ago.

Following a delay in rollout of its vaccination campaign, Brazil has since caught up with many countries and surpassed others. According to Our World in Data, 70% of Brazilians have received both shots, versus 63% in the U.S. Only 40 million people – in a country of 214 million – have received booster shots, according to government data.