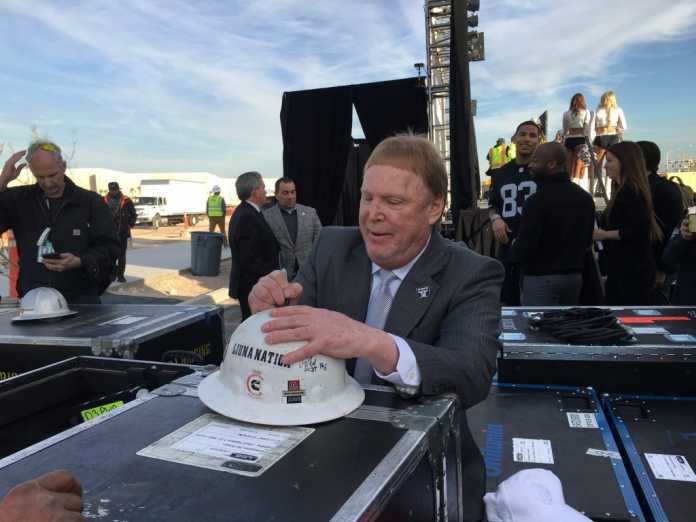 By Alan Snel of LVSportsBiz.com

He’s as schmoozy an NFL owner you’ll find. Just go up to Mark Davis and tell him, “What do you think? Raiders versus Rams in the Super Bowl at SoFi in February?” and Davis will let loose with a laugh that sounds like your buddy’s chortle.

As Las Vegas Aces games — he’s the WNBA team’s owner — he’s happy to pose for selfies and photos with fans.

But life has not been too cheery lately for the 66-year-old Raiders owner, who coped with the toxic, insulting and prejudiced emails of Raiders coach and good friend Jon Gruden finding their way to national headlines and TV lead stories since Friday. Usually open and candid, Davis has been quiet in the aftermath of Gruden’s sudden demise

Coach Gruden is former coach Gruden after the glib, 14-year NFL coach submitted his resignation Monday in the fourth year of a 10-year, $100 million deal. Gruden quit, so the balance of the contract will not have to be paid.  On Friday, his racially-charged 2011 email to his pal, Washington team president Bruce Allen, making fun of the size of the lips of the players union executive director, DeMaurice Smith, who is Black, made blockbuster news.

Davis has not talked publicly about Gruden’s emails with the exception of some short press releases. ESPN spoke with Davis Wednesday and Davis offered this, “I have no comment. Ask the NFL. They have all the answers.”

Here are the first comments from Raiders football people and players

GM Mike Mayock:  “A lot going on in this building and this…