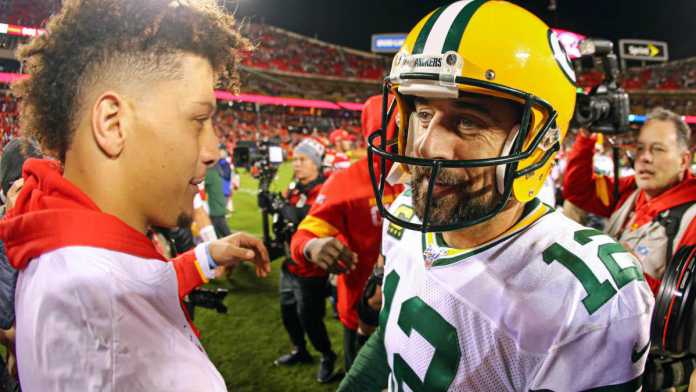 With 14 teams in the playoff race entering Super Wild Card Weekend, there are technically 49 different matchup possibilities for Super Bowl LVI at the close of the 2021 NFL season. And if the NFL has proven anything over the years, it’s that anything can happen come January. But what are the juiciest, spiciest scenarios for Super Bowl Sunday?

We’re glad you asked. Here are 13 of the best possible matchups for the big game on Feb. 13:

Nationally, the hype would surely be quite tame, with Philly mostly relying on the run to beat lowly teams and Pittsburgh entering with not even a semblance of a colorful offense. But there are real storylines: the Pennsylvania Bowl, Ben Roethlisberger trying to go out with one more totally improbable ring, Jalen Hurts erasing national-championship memories to help Nick Sirianni win it all during their first year together.

Dallas is a big draw, if you can’t tell. And no, this matchup might not sound wild on paper, but it’s the same formula as the Patriots and Titans showdowns, to an exaggerated degree. The Raiders play ugly and win ugly. But wouldn’t that make for an enticing Super Bowl matchup, with Derek Carr and Rich Bisaccia powering Las Vegas to a potential upset of America’s Team?

This has the same kind of appeal as Cowboys vs. Patriots, with a big brand and splashy offense running into a more tough-minded contender in Tennessee. The Titans may not always be pretty to watch, but Derrick Henry would make for one heck of a potential Super Bowl MVP, bruising his way to hopeful glory against the Dallas “D.”

Can you imagine if Jimmy Garoppolo guides San Francisco back to the Super Bowl, for a chance at avenging his previous title-game loss to Patrick Mahomes? Kyle Shanahan’s run game and defense…

Our recommendation in the Democratic primary for Texas House District 33