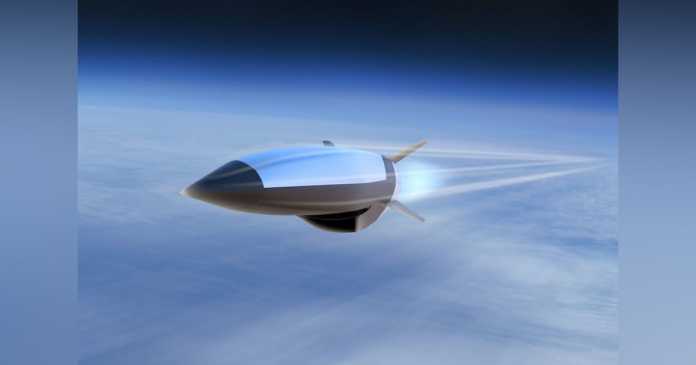 EGLIN AIR FORCE BASE, Fla. – U.S. Air Force guided missile experts are asking a team of Raytheon Technologies Corp. and Northrop Grumman Corp. to develop one of the first hypersonic cruise missiles to be in the U.S. inventory.

This air-launched hypersonic cruise missile, which initially will be carried on the jet fighter-bomber aircraft like the Boeing F-15EX and F-15E Strike Eagle aircraft, is a scramjet-powered hypersonic weapon designed to hold high-value targets at risk in contested environments from standoff distances, Air Force officials.

Hypersonic munitions fly through the air at speeds of at least Mach 5, which is 3,836 miles per hour. Some hypersonic munitions under development are expected to fly much faster. Raytheon and the Northrop Grumman Defense Systems segment in McLean, Va., will deliver operationally ready HACM hypersonic cruise missiles to the Air Force.

The hypersonic operating environment involves heavy exposure to shock, vibration, heat, and thermal shock, so its guidance and navigation technologies must be specially hardened to withstand such severe operating conditions.

The task order calls for Raytheon and Northrop Grumman to use model-based critical design review, qualification, integration, manufacturing and testing in developing and deploying the HACM hypersonic cruise missile.

The Hypersonic Attack Cruise Missile will have scramjet engines, which use high vehicle speed to compress incoming air forcibly before combustion, which enables sustained flight at hypersonic speeds.

By traveling at these speeds, hypersonic weapons like HACM can reach their targets more quickly than similar traditional missiles, and potentially evade air defenses.

Raytheon and Northrop Grumman have worked together since 2019 to develop, produce, and integrate Northrop Grumman’s scramjet engines onto Raytheon’s air-breathing hypersonic weapons.

Through SCIFiRE, the U.S. and Australia will continue collaborating on HACM design and development, including using Australian test sites for the initial all-up-round flight tests. The Air Force plans to deliver a HACM capability with operational utility by 2027.

On this task order Raytheon will do the work in Tucson, Ariz., and should be finished by March 2027. For more information contact Raytheon Missiles & Defense online at www.raytheonmissilesanddefense.com, Northrop Grumman Defense Systems at www.northropgrumman.com, or the Air Force Life Cycle Management Center at www.aflcmc.af.mil.

I Pray This Computer Sucks.. Cuz I’m gonna sell it for $1

Everything You Need to Know [2022 Update]

It’s like magic: How to use Universal Control to control your...