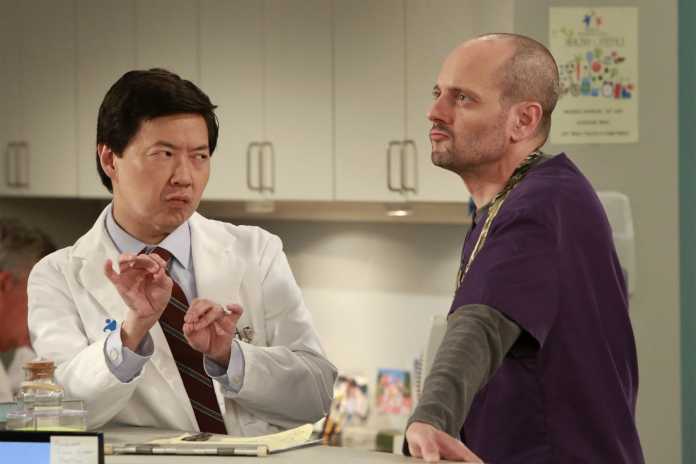 In the comedy world, most stars have a rather familiar trajectory of working their way through standup shows before making it big. Ken Jeong has a non-traditional path into the craft. The comedic actor is a bona fide medical doctor who had an entirely different career path laid out before him.

Today, he’s associated with his breakthrough role in The Hangover, his major part in Community, and his time hosting The Masked Singer. Still, his medical training made a surprise appearance during a comedy show when a woman in the audience had a health emergency.

Born in Detroit, Michigan, and raised in North Carolina, Ken Jeong went to Duke for his undergraduate work before receiving a medical degree from the University of North Carolina. After he completed that degree, he headed to New Orleans to complete a residency in internal medicine. It was there, according to Biography, that he started moonlighting as a standup comedian. Audiences were so impressed with his routine that he won the “Big Easy Laff-Off,” a competition judged by former NBC president Brandon Tartikoff and Budd Friedman, who founded the Improvisation Comedy Club.

Urged on by these bigwigs in the industry, Jeong continued to pursue comedy while practicing as a physician in Los Angeles. The duality of his work earned him the moniker “funniest doctor in America.” He had a string of TV and film appearances in the early 2000s, but the 2009 release of The Hangover served as a breakthrough role. Soon after, he was cast on Community, and his comedy career overtook his medical one.

Ken Jeong’s worlds collided in 2018. By that point, Jeong had been deep into his acting and comedy career and further from his training as a doctor, but he could still pull on those skills when a…

More than 800,000 Arizonans eligible for student loan forgiveness. A lawsuit could block relief

Maricopa County Attorney: 'I will not prosecute women for having abortions'