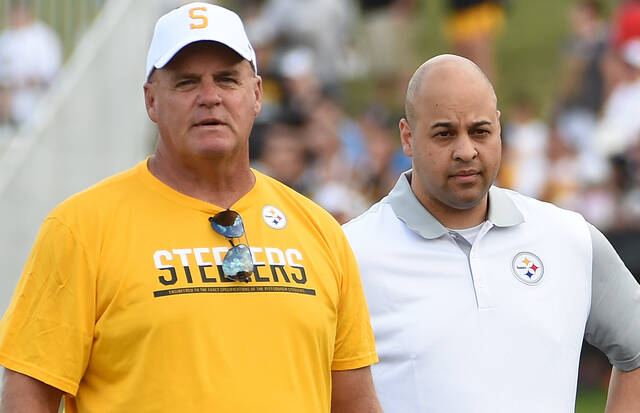 The Pittsburgh Steelers have decided to remain internal for their next general manager.

Khan, 45, has been with the Steelers for 21 seasons and, as one of his main responsibilities, has overseen the team’s management of the salary cap.

Khan and Steelers pro scouting coordinator Brandon Hunt were the internal candidates who received second interviews. They were among six finalist for the job, joining front-office executives Andy Weidl of the Philadelphia Eagles, Ryan Cowden of the Tennessee Titans, John Spytek of the Tampa Bay Buccaneers and former Steelers exec and Buffalo Bills GM Doug Whaley.

According to a report by CBS Sports Network, Weidl will join the Steelers as assistant general manager.

Those six were among a list of 16 candidates who received initial interviews.

Khan, a native of New Orleans, earned a degree in sports management with a minor in business administration from Tulane. In 1997, he began working in the Saints’ football operations department, and he joined the Steelers in 2001 as their football operations coordinator.

In 2011, Khan was promoted to director of football administration, and he was elevated to the role of vice president in 2016.

In the past decade, Khan interviewed for GM vacancies with five franchises, including the Houston Texans in January. He also interviewed with the Seattle Seahawks in 2010, St. Louis Rams in 2012, New York Jets in 2013 and Miami Dolphins in 2014.

Four teams lead contenders; Suns No. 1; plus gauging success and...