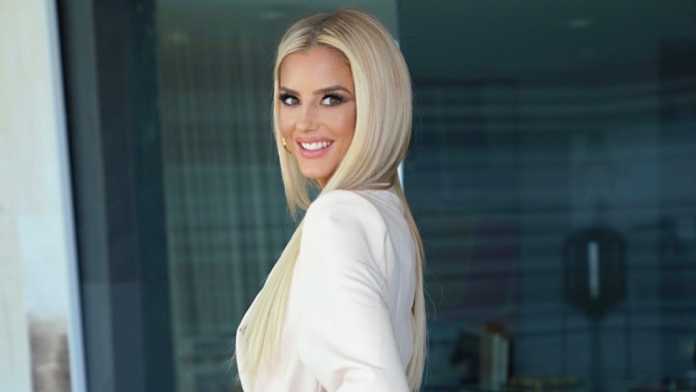 “I joke that Oppenheim Group is: Game of Homes,” says the latter of working at the Los Angeles real-estate agency that’s at the center of the series. Co-founded by twins Jason and Brett Oppenheim, the company is otherwise largely populated by a group of women whose interpersonal drama is a key ingredient in the Netflix show’s success, alongside getting to tour its parade of multi-million dollar boxy-modernist homes.

But Hernan says that despite the competitiveness and conflict captured on screen — including a storyline involving a mutual ex that pits her against fellow agent Christine Quinn — behind the cameras, “it’s been really fun. I love working with Jason and Brett and all of the girls. We go out as a work group all the time and we have so much fun together, which is nice when you are actually working with your best friends.”

But while Hernan is new to Selling Sunset, she isn’t new to Oppenheim Group. She joined the real-estate brokerage in 2017 after meeting Jason Oppenheim at Catch restaurant in West Hollywood.

“I was looking for my first home and we just hit it off,” says Hernan, over a coffee at Conservatory in West Hollywood. “It was recommended to me by somebody, ‘You have to use Jason. He’s the best broker in L.A.’ So, I met him. We exchanged information and he helped me find my first property that I purchased, actually right near his house, literally across the street.”

It was Jason who suggested Hernan become a real estate agent. “Because we were going around looking at homes and I was picking everything up really fast. He was like, ‘you have to get your license,’” says Hernan, who earlier this year, along with Jason, sold a home owned by electronic…