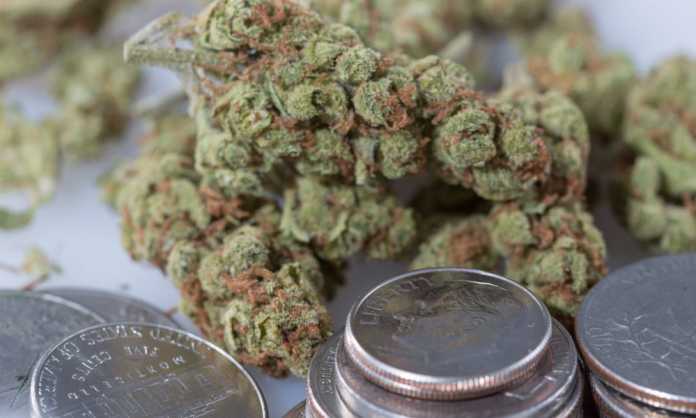 A U.S. senator has filed a new bill that would allow state-legal marijuana businesses to access certain federal Small Business Administration (SBA) loans and services that are available to companies in any other industry.

Sen. Jacky Rosen (D-NV) introduced the legislation on Thursday, amid a week of significant congressional activity on cannabis reform issues.

The senator’s proposal would prevent SBA from denying a series of loans and other services—including disaster relief, microloans and technical assistance—to businesses solely because they are involved in state-legal cannabis markets.

The new bill does’t have those federal legalization provisions, but it would amend the Small Business Act to add language to various sections stipulating that loans and services can’t be denied “solely because the borrower is a cannabis-related legitimate business or service provider.”

Rosen’s legislation also includes a couple additional amendments to the Small Business Act that were not included in Velázquez’s bill, such as ensuring that cannabis businesses can access “assistance from resource partners” and service providers like small business development centers, women’s business centers and veteran business outreach centers.

.A section on SBA technical assistance would also be uniquely amended under Rosen’s bill to support the cannabis industry.

“For Black and brown communities that have been ravaged by the war on drugs for decades, there is a light at the end of the tunnel as the end of cannabis prohibition comes near,” U.S. Cannabis Council (USCC) CEO Khadijah Tribble said in a press release on Friday. “But without access to capital through financing tools like SBA loans, most Black and brown cannabis entrepreneurs won’t get the chance to profit from an industry that was once used to stigmatize them—even in states where the plant has been legalized.”

Rosen, who serves on the Senate Small Business Committee, has been a longstanding advocate pushing for reform at the SBA to treat the cannabis industry no differently than other traditional markets.

Over the summer, Rosen asked colleagues on the powerful Appropriations Committee to include provisions in a spending bill to give small marijuana businesses fair access to SBA loan programs and entrepreneurial development resources, for example.

The senator also addressed the issue during a Senate Small Business Committee hearing last year, receiving a commitment from then-nominee and current SBA Administrator Isabel Guzman that she would look into expanding access to companies in the state-legal marijuana market.

Criticism over the lack of SBA access for cannabis firms came to the fore amid the coronavirus pandemic. Rosen led a separate letter addressing the problem alongside nine other senators last year.

SBA did confirm in 2020 that cannabis companies do not qualify for disaster relief loans amid the coronavirus pandemic.

There’s been talk about the possibility of facilitating marijuana industry SBA access through a package of incremental cannabis reforms that’s actively being finalized by Senate Majority Leader Chuck Schumer (D-NY), but others have signaled that the final bill will be more narrowly tailored, centering on bipartisan expungement and banking proposals.

“Senator Rosen’s landmark legislation would help advance equity and innovation in the cannabis industry by leveling the playing field for independent cannabis operators,” USCC’s Tribble said. “If paired with the SAFE Banking Act, The Fair Access for Cannabis Small Businesses Act would create a regulatory framework that would ensure a vibrant startup scene and a diversity of players.”

A comprehensive legalization bill that Schumer, Sen. Cory Booker (D-NJ) and Senate Finance Committee Chairman Ron Wyden (D-OR) filed in July also contains a provision to create a 10-year pilot program through the SBA “for intermediary lending” to support small marijuana businesses owned by people who have been disproportionately impacted by the drug war.

Rosen’s bill was filed on the same week that the full Senate approved House-passed bipartisan cannabis research bill, marking the first time a standalone piece of marijuana reform legislation has ever been sent to the president’s desk.

The chairman of the subcommittee that held that hearing also said on Tuesday that he will soon be introducing a bill aimed at protecting federal workers from being denied security clearances over marijuana.

Read the text of Rosen’s bill on marijuana industry access to SBA services below:

Marijuana Moment is made possible with support from readers. If you rely on our cannabis advocacy journalism to stay informed, please consider a monthly Patreon pledge.

How the IRA Can Help Companies Tackle Climate Change Goals