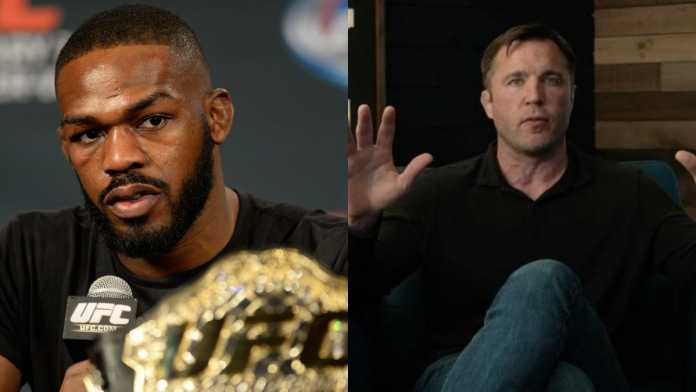 Chael Sonnen is never one to bite his tongue. During his fighting career, he was known for his trash talk and was never one to hold back. Now that his fighting career is over, he is making his living with his mouth. He has the ability to speak about any topic he wants on his YouTube channel and various shows. Lately, he has been talking quite a bit about Jon Jones and his latest arrest.

Sonnen and Jones had a back and forth on social media after Sonnen called Jones out for a Tweet he deleted. Jones responded by saying he was living rent-free in Sonnen’s head. The two have had a tumultuous relationship ever since they fought each other back in 2013. Now, Sonnen is criticizing Jones again for the recent arrest and domestic violence charge.

Jones posted on Twitter that he never hit his fiance. He took to Twitter to explain his side of the situation.

“I don’t want to fall into a category of person who knows nothing and makes up, as though it was true, the worst possible scenario,” Sonnen said. “I have an admittedly drunk person who has said very little other than it was the worst thing that ever happened to them, they’re gonna change the way that they live, and he had a confrontation. I have an opinion of a disinterested third party known as a security guard. And I have a heartbreaking story of an innocent, young child. I don’t want to make things up. But of those three, which do you think I’m going to believe?”

Jones has not spoken much since his arrest but did try to clarify a few things. Sonnen doesn’t believe Jones and…

Stipe Miocic is looking to make UFC 260 rematch against Francis...

“A straight-up banger” – Mike Trizano promises ‘lots of blood’ against...

Paulo Costa Shares His One Regret Coming Out Of UFC Vegas...